Seeking Help for The $10 Million Chile Bank Heist! Too Late? 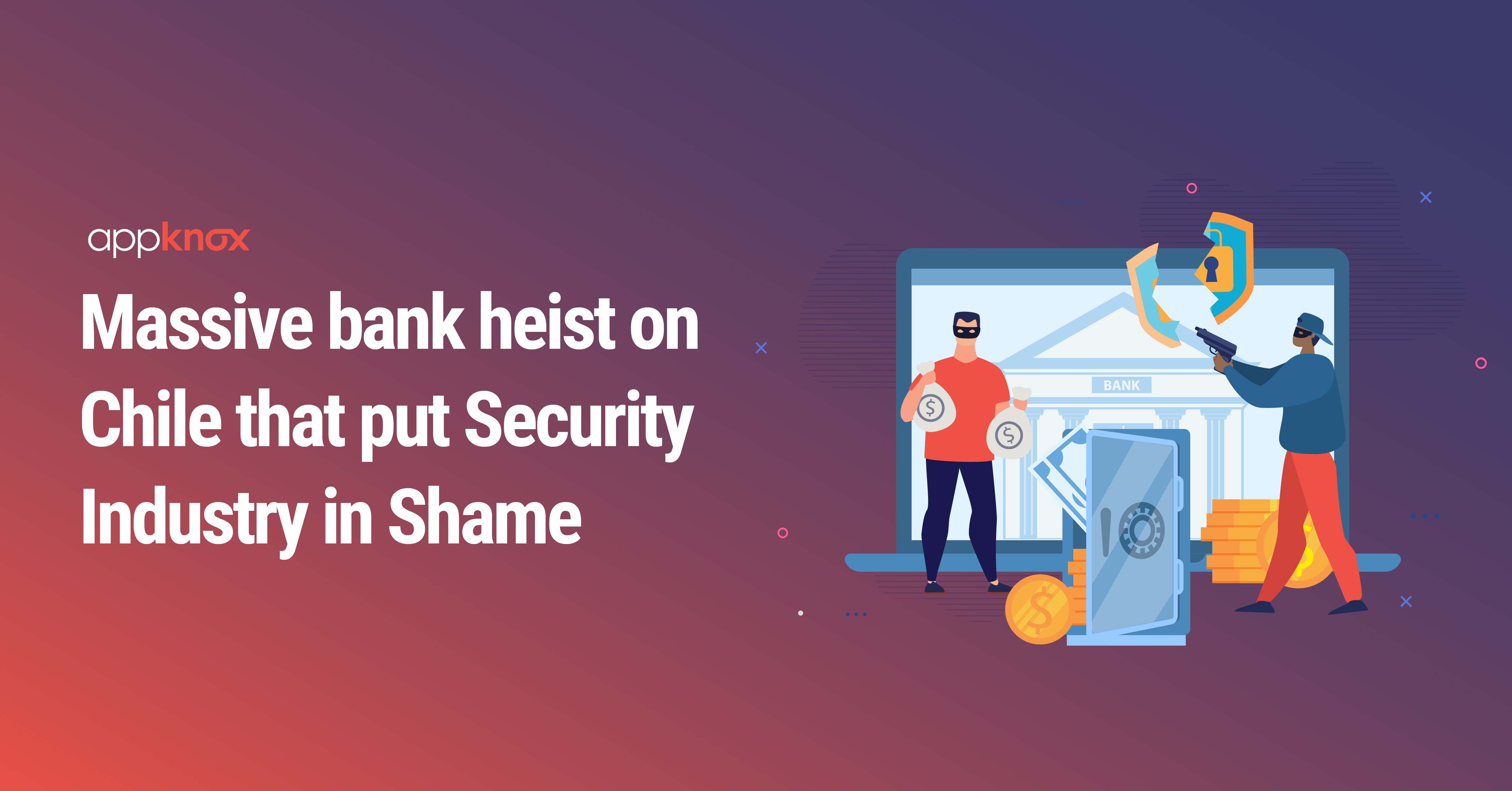 On the 24th of May 2018, Chile and the World experienced a massive bank heist which put the Security Industry to shame. Shares in the Bank of Chile were down after it confirmed that hackers had made away with this large sum and redirected most of it back to Hong Kong. The company, however, claimed that no client accounts had been impacted. The hackers initially used a virus as a distraction, prompting the bank to shut 9,000 computers in branches across the country to protect customer accounts.

This cyber heist was one of the latest in a string of such attacks, including one in May in Mexico which attackers used phantom orders and fake accounts to steal hundreds of millions of Mexican Pesos out of the country’s bank, including Banorte.

Chile’s finance minister recently stated that the government is now seeking professional help and advice from undisclosed foreign organizations. He also stated that it will be their immediate priority to review best practices in cybersecurity to prevent and respond to the attacks.

Ebensperger said a forensic analysis conducted by Microsoft had determined the attack was the work of a sophisticated international group of hackers, likely from eastern Europe or Asia, and that the bank had filed a criminal complaint in Hong Kong.

The bank said in a May financial statement that it would work with insurers to recoup the lost funds.

This is the perfect example of what we’ve always preached here at Appknox. We’ve mentioned before that the dangers of a cyber threat only becomes real when we see it’s effect post hack. We even talked about it in our recent post about what we could learn from the Equifax hack. The message is simple but more than often ignored. The Equifax hack happened a year ago, so much hype around it and still, organizations have continued to fail to prioritize security in their business strategies.

By this time, it's just too late. Millions and millions of your precious dollars have been lost.

Banks hold personal and critical financial data for millions of users around the world. It's the last place anyone would want to be attacked. The damage is just so immense, there is no excuse. At Appknox, we believe in proactive security. For over 3 years now we've been working with some of the biggest names in the financial and banking industry around the world, helping them fight and secure their mobile banking applications from hackers. We've seen attempts of attacks from different lenses but we've also learned that staying proactive can go a long way in saving you millions of dollars.

If you are a financial institution or a bank who realizes the dangers of a pre-hack as opposed to a post hack, we'd love to talk to you about our learnings of how hackers have repeatedly tried to exploit the mobile channel to penetrate into banking systems.

Mobile channels have paved the way for newer and more innovative methods of exploitation.

Appknox has the proven expertise to help your financial business secure the mobile security eco-system, scale and achieve faster time to market.

Wonder how a simple mobile app security solution helps you achieve all this and more?

Things to Consider While Choosing The Right Vulnerability Assessment Tool

Security vulnerabilities exist even in the seemingly secure and impenetrable applications and platforms. While the most ...