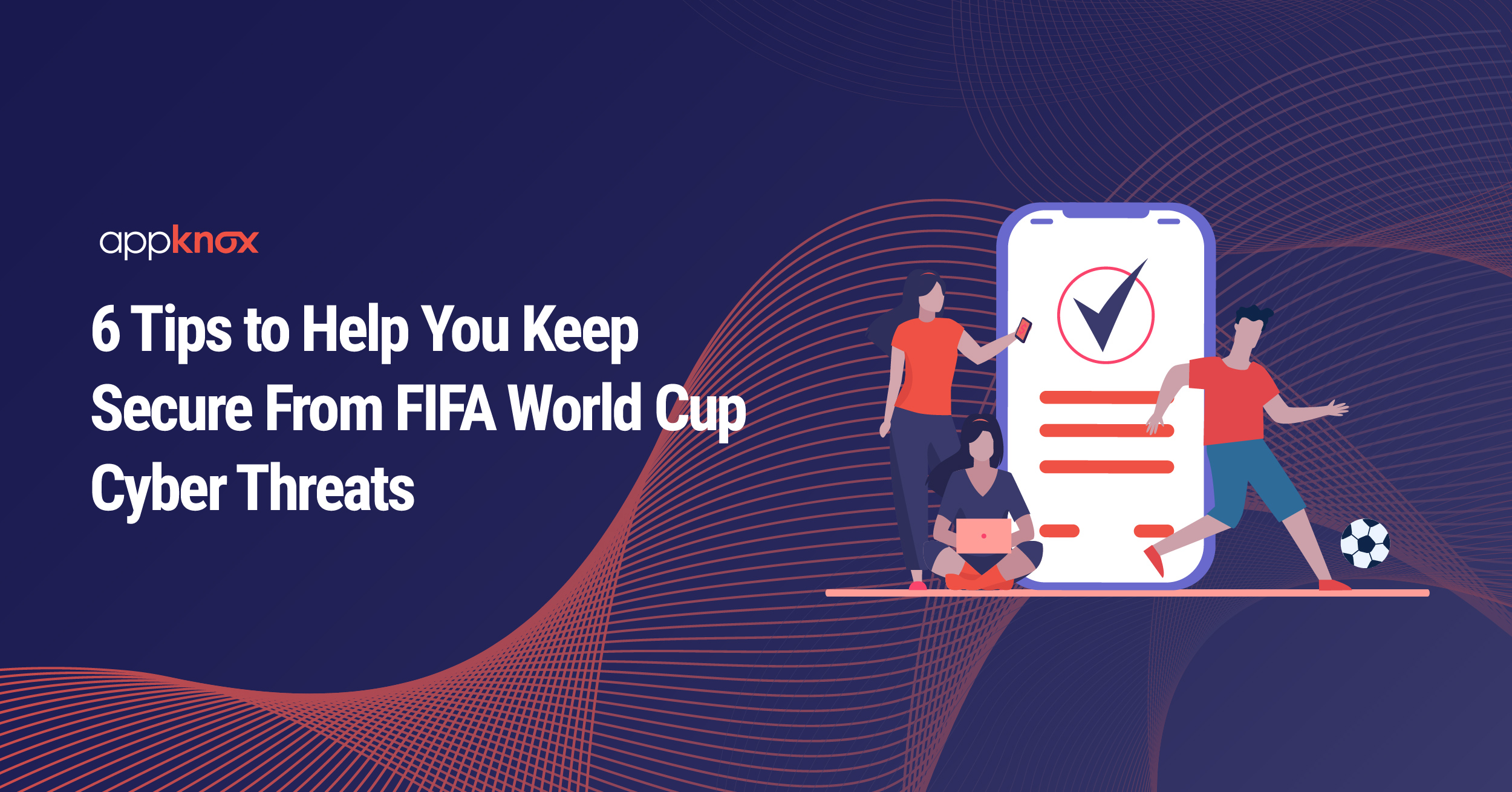 We're coming towards the end of the FIFA world cup. However, FIFA World Cup cyber threats aren't entirely out of the picture. This post is a reminder for people who haven't already taken necessary measures to stay secure.

The FIFA world cup is undoubtedly one of the biggest global events which draws a global audience of mammoth proportions. This season in the year 2018, the privilege of hosting the world cup went to the beautiful country of Russia. Billions of people have been collectively visiting Russia, tuning in on cable, the internet, on mobile devices and you name it.

On the other hand, there are thousands of businesses which are profiting out of an event such as this. People are all over the internet clicking on different advertisements, activities, competitions, quizzes, making transactions and much more. During an event as massive as this, is exactly when creepy crawlies of the internet lurk and stand to benefit. There have already been multiple reports that have raised concerns regarding cybersecurity cited by different news agencies like Strait Times (Singapore), Travel Market Report.com, Silicon ANGLE, Security Intelligence, Evening Standard to name a few. With Russia’s reputation in cybercrime, these claims may all but be true.

These threats at the World Cup are not new. We faced similar security concerns at the last World Cup in Brazil in 2014.

Attempts to disrupt large world events like the World Cup have been made in the past in an effort to make a political or ideological statement about the organizations or countries involved. Surrounding past events, the analyst community had observed that a diverse set of threats were made leading up to the 2014 World Cup in Brazil to the 2016 Summer Olympics also in Brazil in Rio de Janeiro.

Some of these threats included:

At the start of the 2014 FIFA World Cup in Brazil, hackers attacked dozens of websites to protest the corruption around having the event held in Brazil. Online and offline protests took place to object the money that was being diverted to the tournament. Hacktivists defaced and conducted denial of service (DoS) attacks against websites of the Military Police of Sao Paulo, Brazil’s Department of Justice, Hyundai, and the Emirates Group, among others. Targets of these web defacement or DoS attacks tended to be government departments or large organizations sponsoring the event.

Sporting events like these are some of the most popular targets amongst hackers. The Olympics, the Winter Olympics, The Super Bowl to name a few. Most of these events are run on massive technology infrastructures which allow people to interact, play, make bets and even make transactions. When everyone is so engrossed in supporting their favorite teams or superstars, security often takes a backseat. With the massive amount of web traffic and financial transactions that will be going around during this time, it will be nothing but a perfect wall to hide behind.

#1. No Public WiFi - We're simply going to leave it at this. A lot of people would say it's okay to use a WiFi with encrypted passwords but given the reputation of Russian hackers, we'd just say its better to stay offline.

#2. Be alert for FIFA World Cup deals, emails, social media posts, messages asking you to click, unsolicited texts with phone numbers to call, email attachments or other online communication that may be trying to trick you — all using the FIFA World Cup theme. Not all deals may be bad, but we'd say be on the lookout.

#3. If you haven’t done so already, set up a lock screen on any phones, tablets, or laptops you bring with you to Russia. It’s possible that you will lose sight of your computing device at some point. A password, PIN, fingerprint biometrics, or swipe code protected lock screen will make it more difficult for a stranger to access your device.

#4. Do not access your online banking or do any online shopping on your computing devices while you’re in Russia. Even with your VPN set up, that sensitive financial data and credentials will be going through Russian telecommunications infrastructure and It's highly possible that it would be intercepted.

#5. Set up full disk encryption on any laptops, phones, or tablets you bring to Russia. Both iOS and Android, and most major PC operating systems (including Windows, macOS, and Linux) support the feature. That way if your device gets lost, a third party cannot take your storage medium out of your device to read its data without knowing or cracking your password protection.

#6. Avoid promotional USB sticks which may be given away during World Cup events. They may contain malware that can harm your computing device! The malware could even be spyware.

We may be nearing the FIFA World Cup Final and you'd say it's all nearly over but that's no excuse to let our guards down. If you are in anyway involved with the Final of the FIFA World Cup, we wish the team of your choice the best but we also wish you a safe and secure entertaining experience.

2015 has been the year of high-profile cyber security breaches. From healthcare to financial, government as well as ...