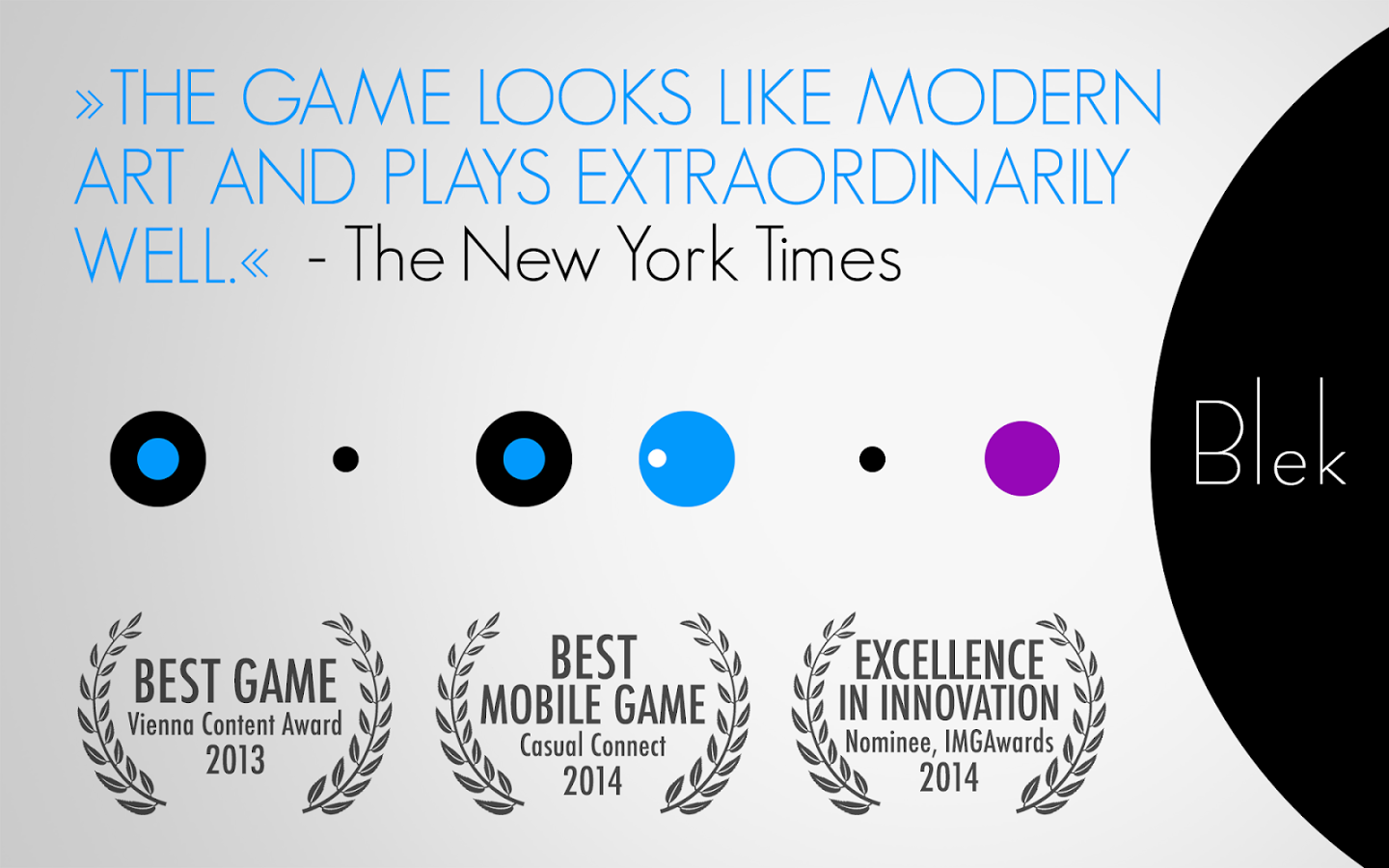 Developed by the Kunabi Brothers from Vienna, Austria, Blek is a unique Android game that is gaining more and more popularity each day. This now popular, Android game ‘Blek’ has been climbing its charts of success with one award after the other that includes the Best Game, Vienna Content 2013, Best Mobile Game, Casual Connect 2014 and Excellence in Innovation, Nominee, IMG Awards 2014. Even The New York times appreciated this unique game quoting, “This game looks like modern art and plays extraordinary well.” Blek is no doubt a combination of unmatched elegance and appreciable intuitive beauty – this is what makes it stand out from the crowd.

Blek is basically about imagination and personality. Blek allows you to draw and all that you draw keeps moving before your eyes. You can watch your creations move. Well the game is simple. Blek brings to you an array of dots that you have to connect. So, as the game begins, start drawing a line collecting all coloured circles that appear. And you also have to avoid the black holes on the route.

There are no set rules or moves for playing this amazing game. It is all based on your instincts and the pattern by which the colored circles appear on your screen. Every level has several solutions to pass through them. All solutions to pass the level without getting into the trap of the black holes are delightful. These creative solutions may be simple or extremely deep and complex, yet elegant and creative.

The Android game ‘Blek’ is one of its kinds. The major highlights that have led to this extreme popularity of Blek include:

Users as well as experts say that the real joy of playing Blek lies in experimenting with your approach. Since there are no set moves, there are no limits to what horizons you can explore trying out different approaches every time you play the game. This lets users innovate and experiment and thus, keeps them engaged in the game for long.

With a 4.2 star rating on Google Play Store, the developers of Blek Android game app have come with new additions to this app.

20 new levels have been added absolutely free of charge.

The unnecessary permissions have been removed.

Some small bugs have been fixed.

Some little enhancements have been incorporated for a better user experience.

Blek Android Game app was last updated on March 31, 2015 and has received about 50,000 - 1,00,000 installs till now. You need to have a smartphone with Android version 4.1 or up for being able to run this Blek app and enjoy the amazing gaming experience that it brings your way.

Visit the Google Play Store and get Blek Android Game app for your phones today. Don’t miss the game that is being appreciated worldwide. 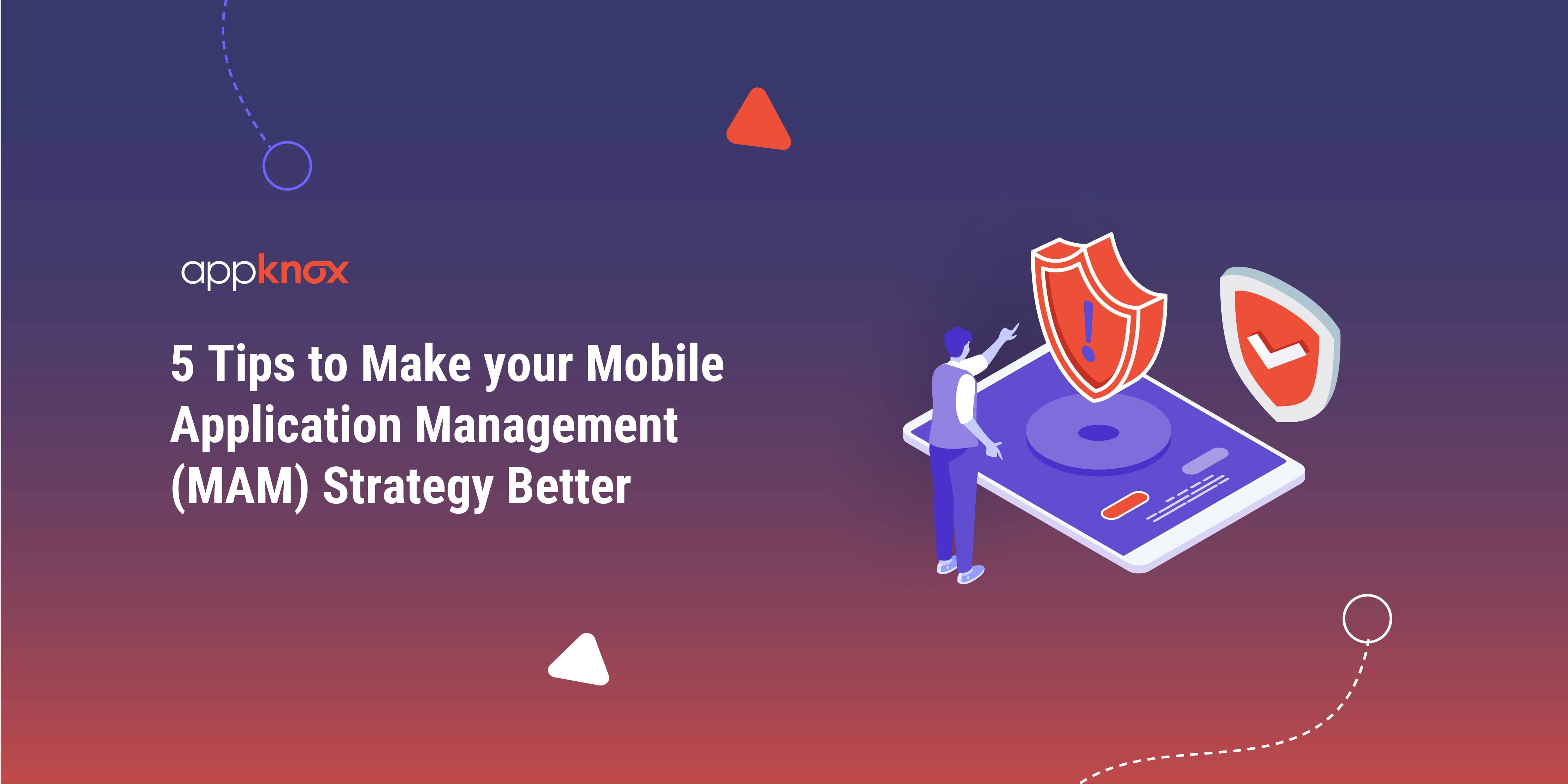 Enterprise mobility brings along the risk of security threat to confidential data of any enterprise. And to deal with ... 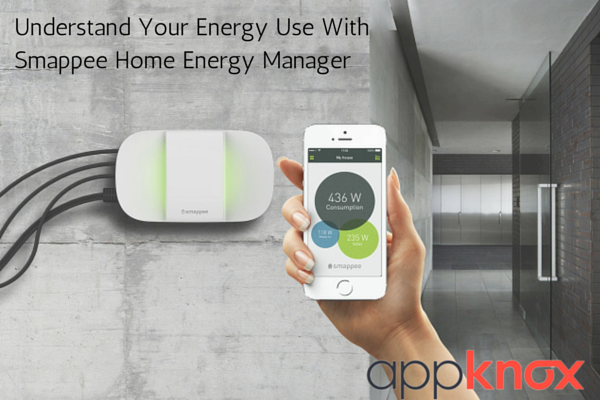 Understand Your Energy Use With Smappee Home Energy Manager

IoT is undoubtedly a platform for amazing products that make your life many times simpler. Smappee Home Energy Manager ...