7 React Security Vulnerabilities Every React Developer Should Know About 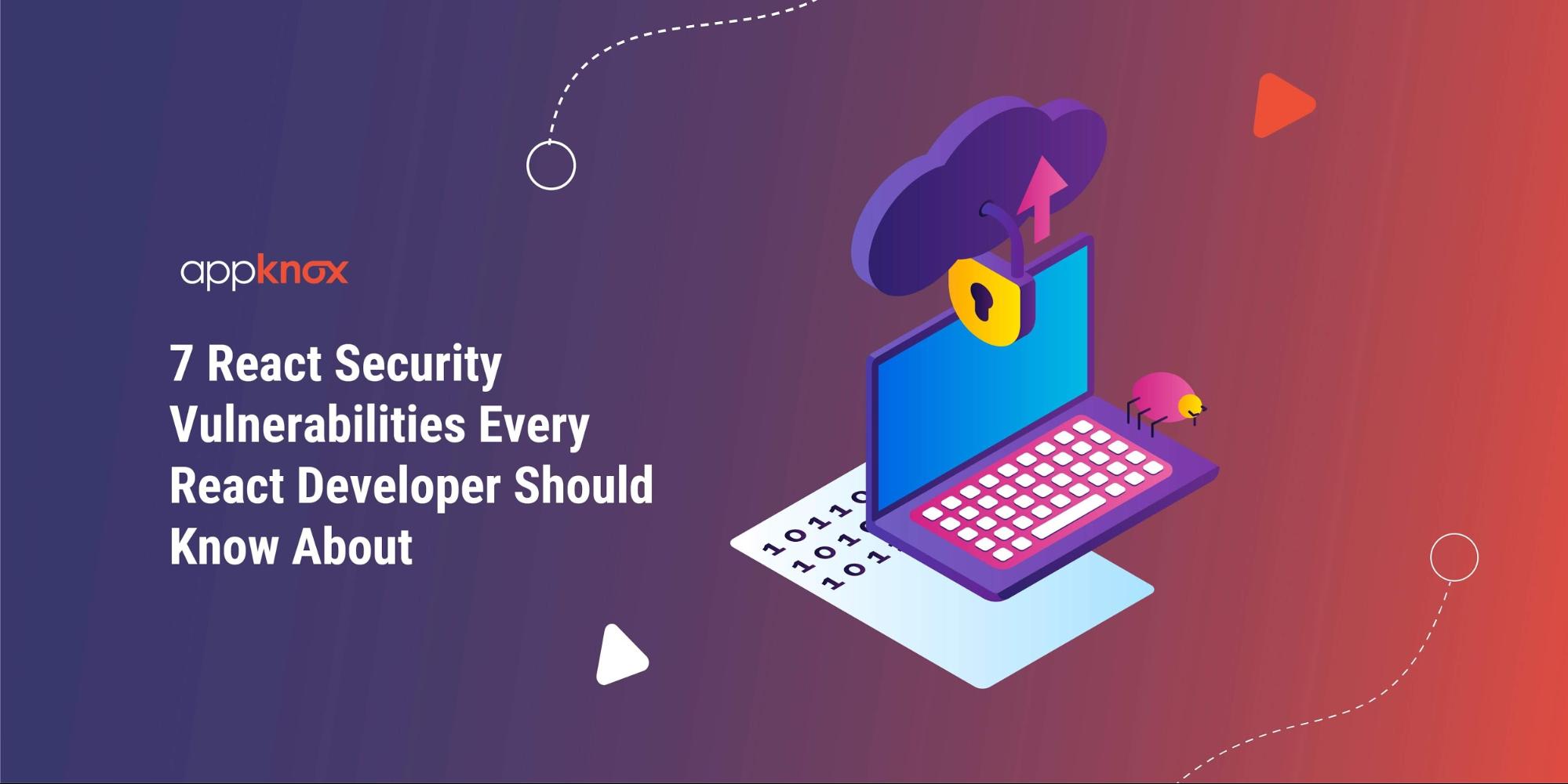 Some of them are as follows:

Just like every other technology, react also has its shortcomings. One of them is security. Unfortunately, its security vulnerabilities are usually ignored due to the increasing demand for mobile apps and faster development cycles adopted by app development companies. According to research conducted by Ponemon Institute, 56% of security companies are not confident about whether the application they have developed will pass the security inspection.

According to a report, with each new updated version of React or update to random libraries, the chances of React security flaws going unnoticed increase manifolds. That is why it is even more important for react developers to know about the key security flaws of React.

React Security Vulnerabilities You Should Keep An Eye On 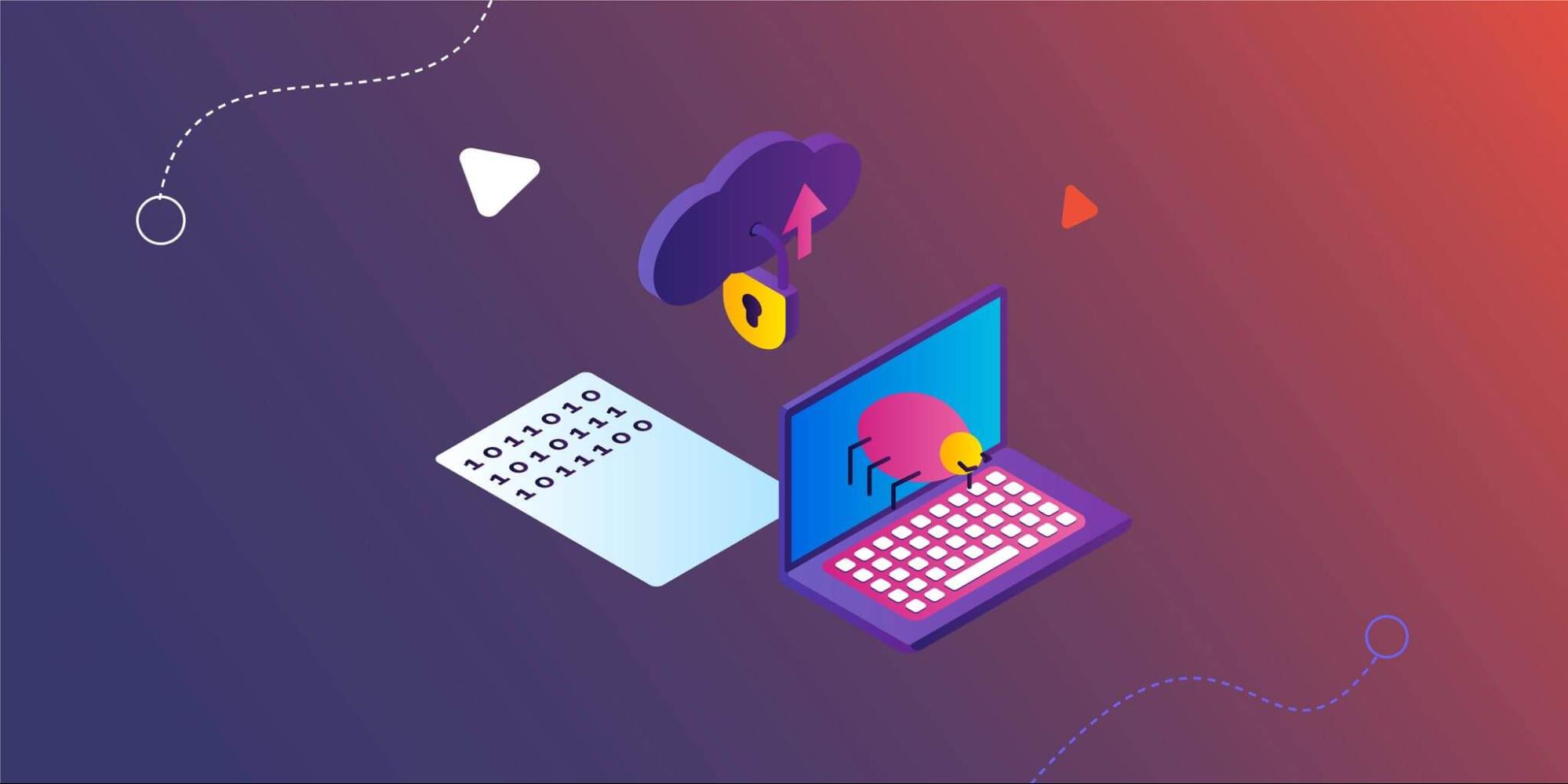 React has a universal rendering feature, which makes it a preferred choice over other frameworks and libraries. Sadly, it is also the reason behind its vulnerability to cross-site scripting attacks. Attackers use advanced automated scripts and crawlers to identify security loopholes in applications. Once the vulnerability is found, the cybercriminal will use a script injection and try to steal confidential information from a website. They try to inject malicious code into your react application code but thankfully there are ways you can protect your React application from cross-site scripting attacks.

SQL injection is a type of attack and web security vulnerability that modifies any data without user permission. It depends on the SQL code execution to extract data from the database. It allows attackers to mimic real credentials with fake ones, create new credentials, and get access to admin accounts so they can access the server.

SQL injections come in different shapes and sizes. Some of the common types of SQL injection attacks targeting React applications are:

On the other hand, CSV injection can take place when websites incorporate untrusted inputs inside their CSV files. When Microsoft Excel or any other spreadsheet program is used to open that CSV file, any cell that contains = will be considered a formula by that software.

When an attacker gains arbitrary code execution rights, they can run arbitrary codes and commands on a process. It is a vulnerability found in either the hardware or software responsible for processing the arbitrary code. Since these types of exploits are highly vulnerable, therefore, these should immediately be removed from services and applications used by the general public.

One way to overcome this problem is to force applications to only read the tokens created previously during development. This allows the system to produce relevant headers by sending a request to a server. Developers should take action immediately to prevent such attacks otherwise, their applications will be vulnerable.

There are instances where developers have to render the application through the server side. Unfortunately, this can increase the probability of data leaks. If you are using JSON strings that convert data into strings, you should always look out for server-side rendering attacks inside your code. If you have not found the context. Data, it will be more difficult for you to detect server-side rendering attacks.

Most web applications are developed using user-supplied data. This allows cyber attackers to add a link or code which starts with JavaScript which can lead to insecure randomness in the application. When a user clicks on that malicious link, the malicious script starts executing in the browser. This gives hackers the ability to extract sensitive data and even modify that data by using admin rights. When an attacker gains complete control over uniform resource identifiers, it will make every element of the application vulnerable. The best way to prevent this type of attack is to use whitelisting protocol and HTML entities for link building.

A malicious module or package collects information from your system and network and sends it to a third party or it can run malicious code during installation. Attackers use typosquatting, a technique to name packages based on their real-world counterparts to trick developers into downloading those malicious packages. Once downloaded and installed, it can wreak havoc on your system.

A combination of overwritten arbitrary files and directory transversal attack leads to zip slip. Files can be extracted from the archive of a particular directory for this purpose. When archive files are unzipped by using a vulnerable library, it allows attackers the ability to also unzip a malicious file. Once the file unzipping process is complete, attackers can easily overwrite the file.

Unfortunately, this type of attack can impact any type of file such as executable files, configuration files, and important system files. In short, arbitrary code can easily be accessed by an attacker remotely. Developers can identify this kind of attack when they are on the same version of archive processing libraries. Once you identify the vulnerability, you can make it pass through a test for directory traversal and integrate zip slip into your mobile app security testing. Dependency vulnerability scanning tools can also be used to detect these types of attacks.

Written by Irfan Ak
Irfan Ak is a content marketing strategist and passionate writer at Branex & a guest blogger on various websites. He has worked with various other brands and created value for them.
Author Website