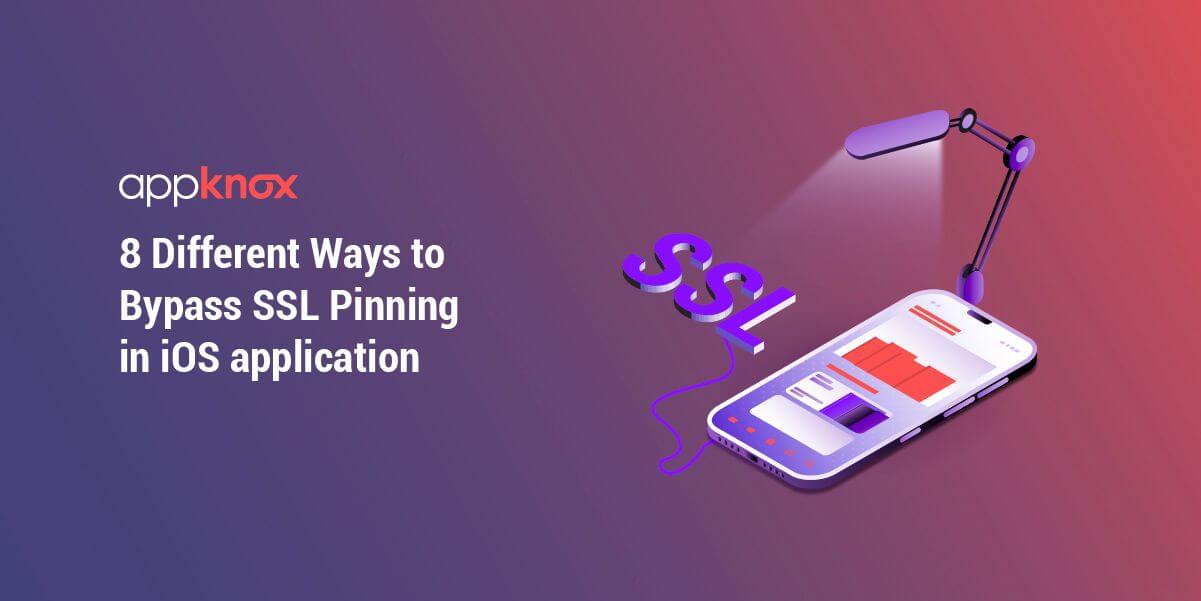 What is SSL Pinning?

If there is a mismatch between the server and the local copy of certificates, the connection will simply be disrupted, and no further user data will be even sent to that server. This enforcement ensures that the user devices are communicating only to the dedicated trustful servers.

The basic approach for bypassing SSL pinning bypass is to analyze the binary of the application to determine the language it was written in. Then go for a language-specific way to bypass the SSL pinning of that iOS application. For example, if an application builds using flutter or Xamrian then we will use the Hotspot method.

Before starting, first Identify whether the application is built in Flutter or Xamarin

a) Unzip the IPA file:
unzip test.ipa
b) Go To the “Framework” directory  or use the grep command and search for flutter
cd Payloads/test.app/framework 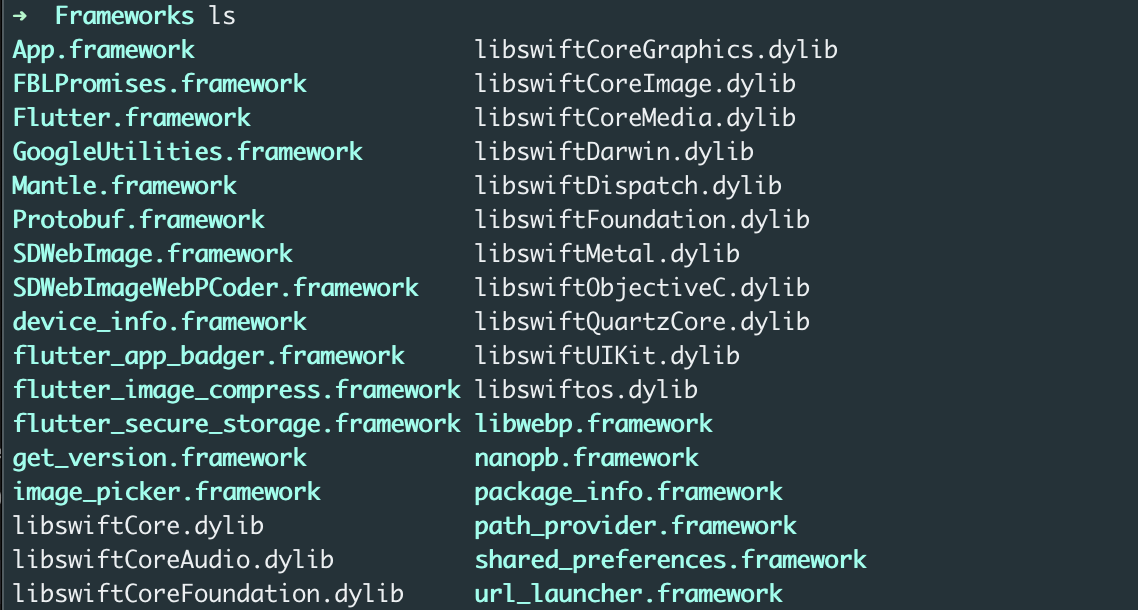 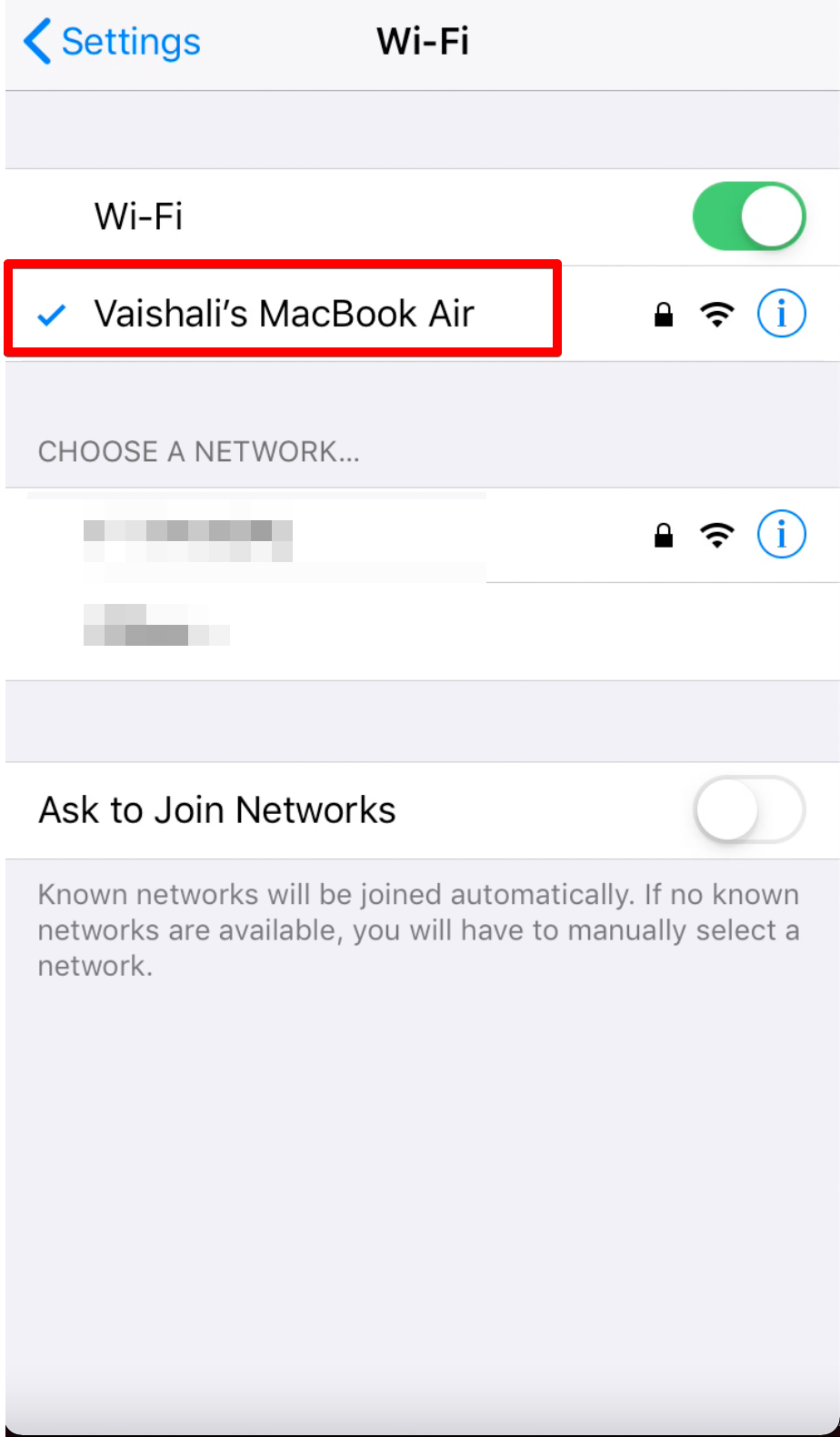 C) Forward the iPhone traffic to the burp suite

Create the Pf.rules file with the following data

Run the below two command

D) Turn on the invisible proxy option in the burp suite 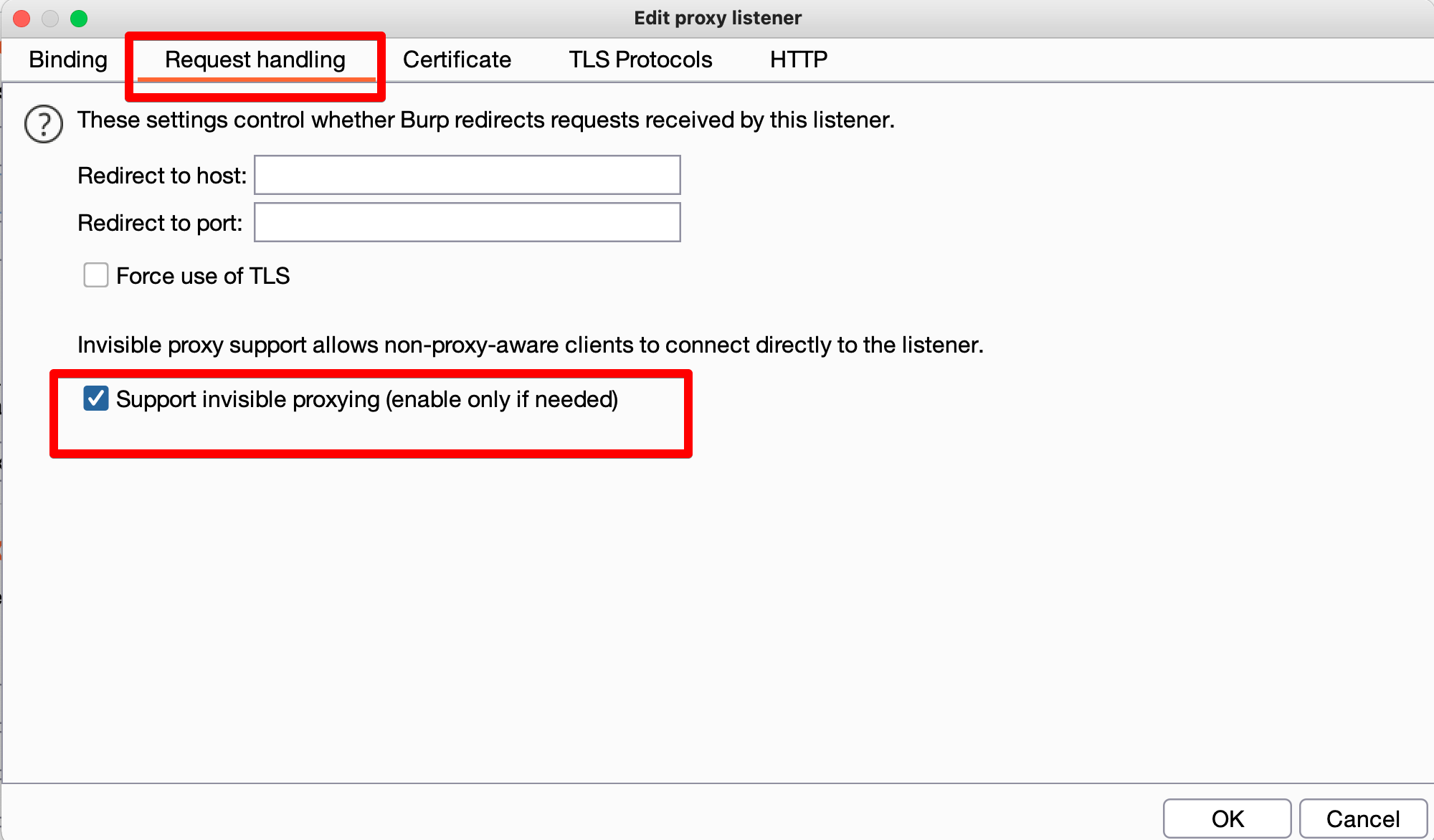 Related Blog: Everything You Need to Know about iOS Jailbreak Detection Bypass

Some applications use a hardcoded certificate for implementing SSL pinning in the iOS application. The application will check if the certificate is matched or not and then only sends the traffic to the server.

So, we'll replace the hardcoded certificate in the iOS application with our burp suite certificate and reinstall the app, and we'll be able to bypass the pinning.

Let’s see how to replace the hardcoded certificate.

A) Unzip the IPA file with the following command.

B) Go to the binary

C) Search for hardcoded certificate via the following command

D) Replace All the hardcoded certificates with your burp suite certificate


F) Start browsing the application from the iPhone and observe that the traffic will be captured in the burp suite.

A) Unzip the IPA file with the following command.

B) Go to the following location and look for the hardcoded hash, it might be at a different location also, in my case it was there

D) Replace our hash value with application hash via any editor.

F) Start browsing the application from the iPhone and observe that the traffic will be captured in the burp suite.

B) Go to settings & look for the SSL kill switch application. 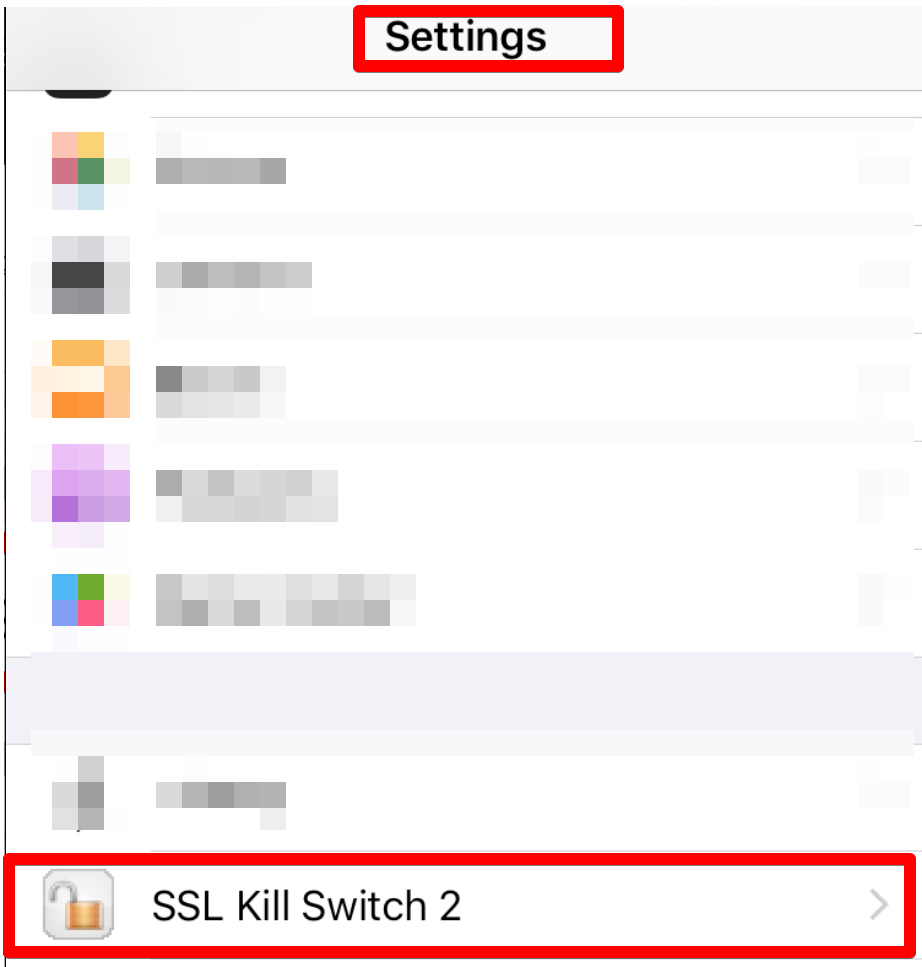 C) Click on Disable SSL Certificate and SSL pinning of all the applications will be bypassed. 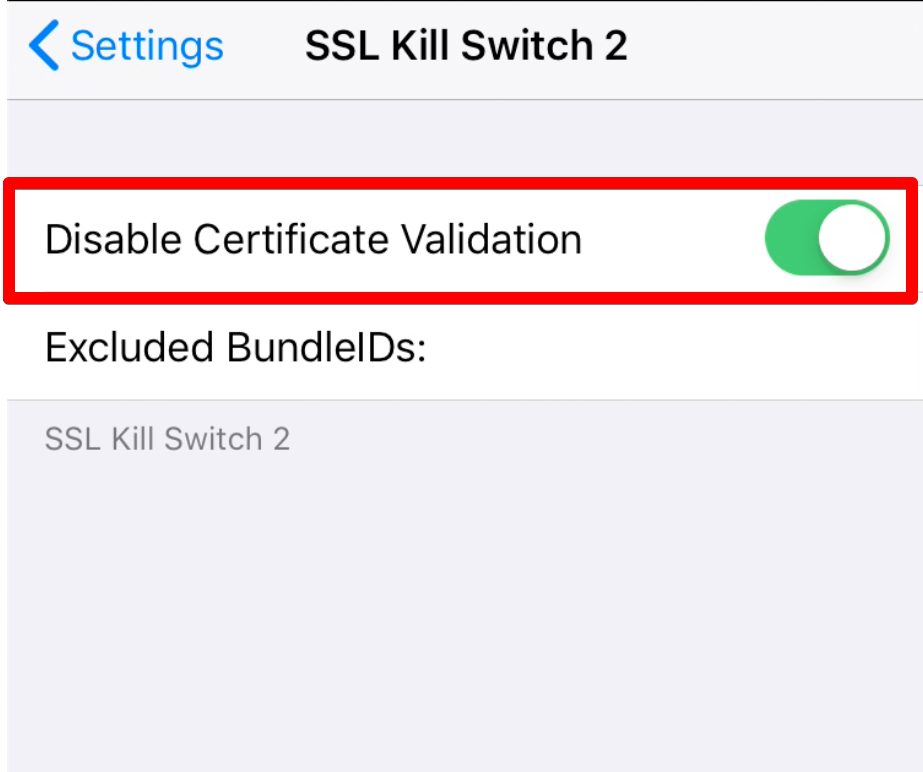 D) Start browsing the application from the iPhone and observe that the traffic will be captured in the burp suite.

Some applications traffic can not be captured via burp suite directly in such cases MITM comes into the picture. Instead of capturing the traffic via burp suite, we can use MITM to capture traffic and then send it to the burp suite using MITM.

You can also use MITM with the objection, Frida script, etc. It works many times, in one of my projects I tried a lot to bypass SSL pinning but nothing worked. Then at the end with one Frida script and MITM, I was able to capture the traffic. 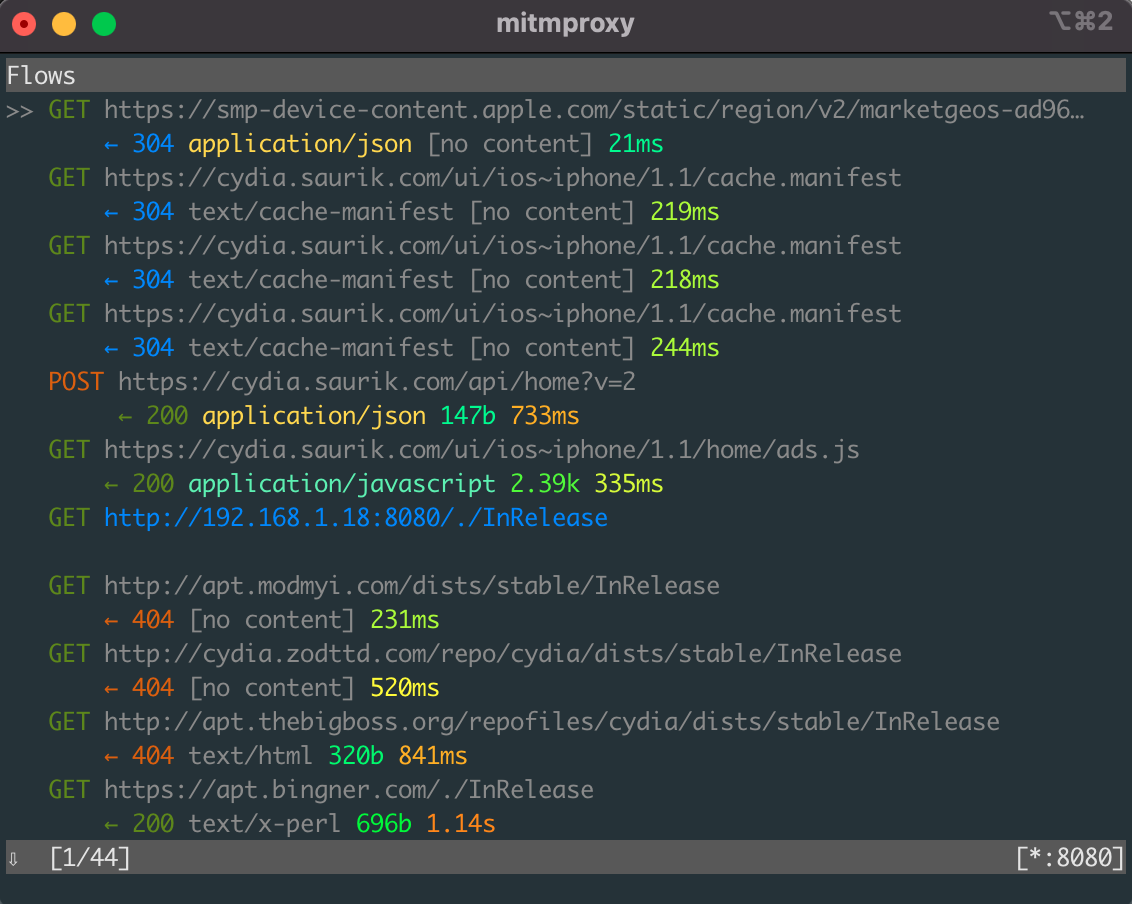 b) Enter the below command in the iPhone browser
Mitm.it (Download the iOS certificate) 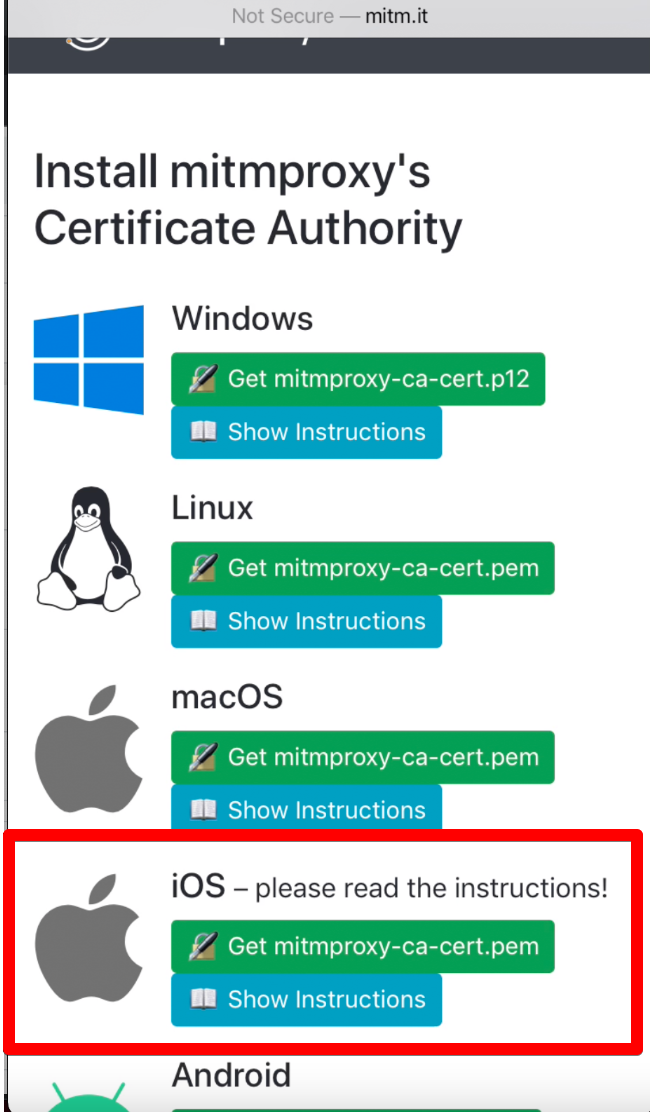 iii) Install the MITM certificate on the iPhone

iv) Enter the below command to start the mitmproxy in the Browser.

mitmweb  (mitm get open in the browser automatically)

v) Setup MITMProxy for forwarding traffic from the MITM to the burp suite.
a) Enter the below command

c) Search for mode and add the following line there 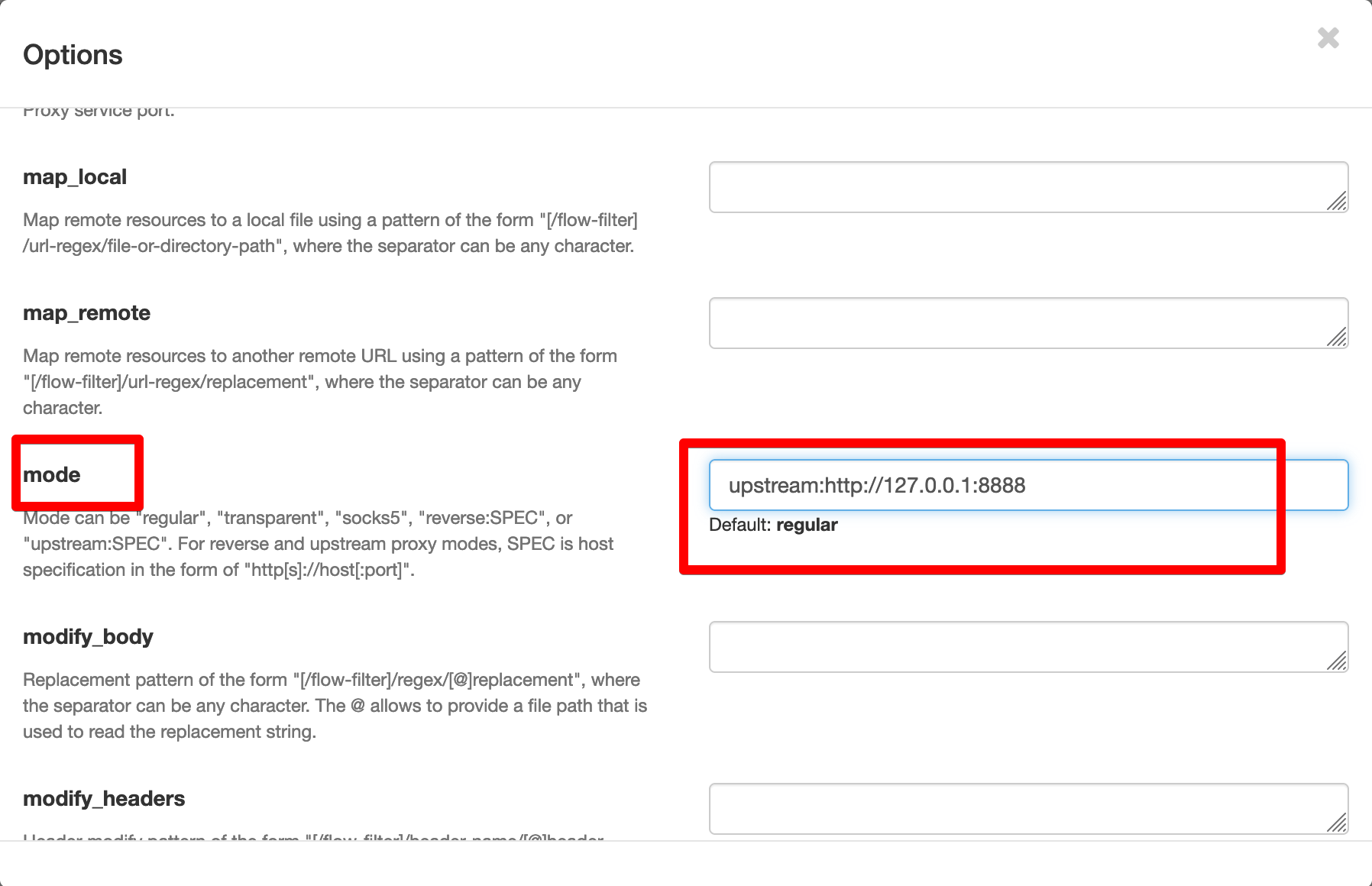 d) Search for ssl_insecure and enable it 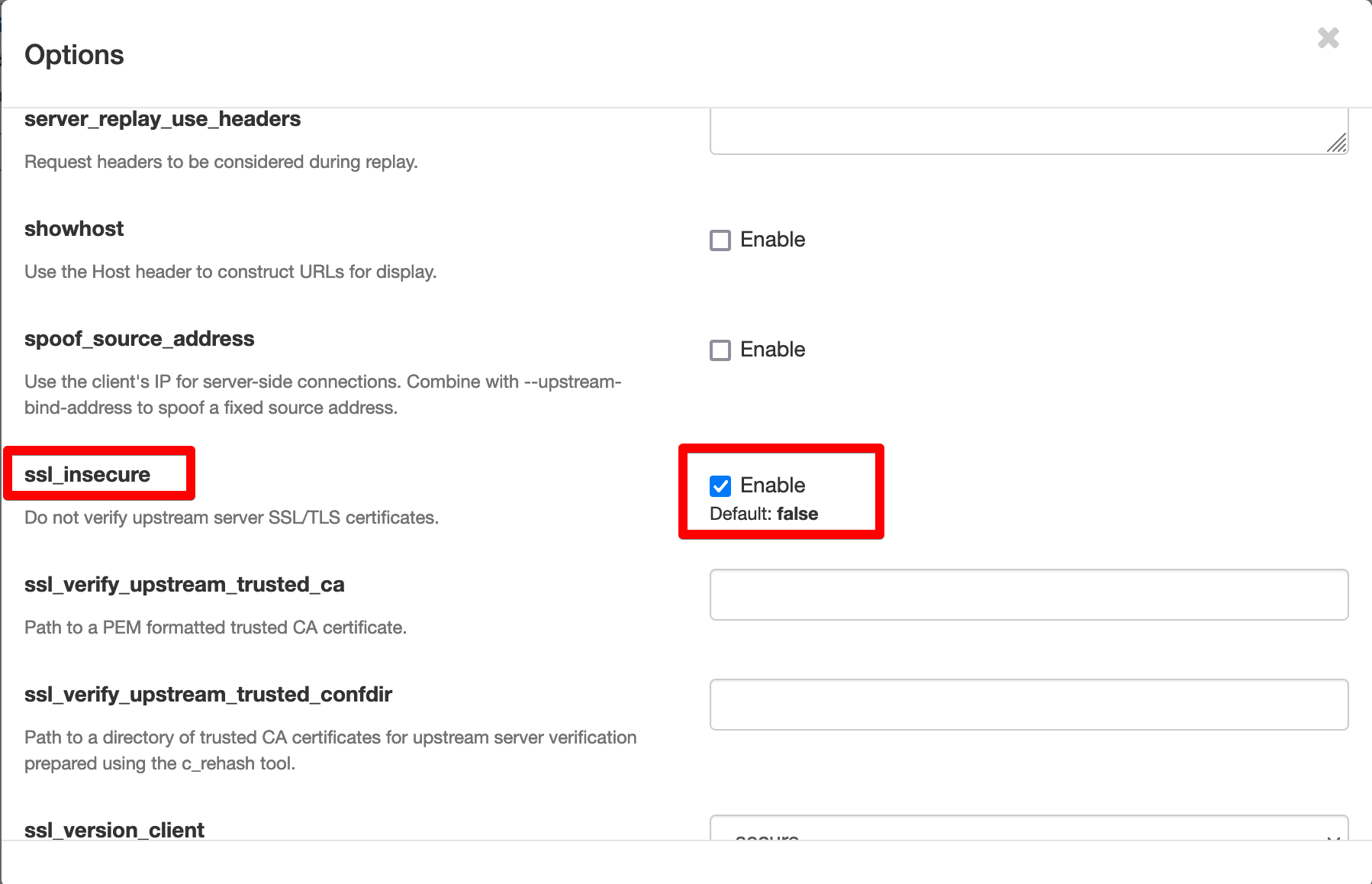 Set the IP address and port no in the burp suite which you have set for the upstream in mode option.

f) Start browsing the application from the iPhone and observe that the traffic will be                   captured in the burp suite.

b) Install objection in MacBook

Note* While using objection make sure the application is opened in the device, otherwise objection wouldn’t work.

d) Run the below command to bypass SSL pinning

e) Start browsing the application from the iPhone and observe that the traffic will be captured in the burp suite.

i) Enter the below command to bypass SSL pinning

U => To use a connected USB device as a target

F =>  To indicates the package name

(Download the script from codeshare according to your iOS version)

--no-pause => To force the Frida to “not to pause” app execution after injecting the script.

ii) Start browsing the application from the iPhone and observe that the traffic will be captured in the burp suite.

Some applications define the pinning rules in the Info.Plist file and set the boolean value. We can modify these boolean values from true to false and bypass the SSL pinning.

i) Go to the binary of the IPA file and open Info.plist file.

ii) Data is present and key-value pair and now search for the keywords like <key>TSKEnforcePinning</key>,<key>NSRequiresCertificateTransparency</key> etc.

iii) Change the value of these from true to false and reinstall the application.

iv) Start browsing the application from the iPhone and observe that the traffic will be captured in the burp suite.

The amount of private and sensitive information that is handled by mobile apps these days makes them a lucrative target of threat actors. In the case of iOS applications, attackers would generally begin with bypassing the SSL/TLS protection layer and gain more information about the functionality and the structure of the apps. That is why in-depth penetration testing becomes a must and knowing the several techniques used by attackers to bypass SSL pinning can be a very proactive start in this direction.

Based on the gained insights, you can always add additional security measures to your app and stay ahead of the attackers.

Android Permission Mystery Android permissions are based on UNIX permission model, but the catch here is there exists ... 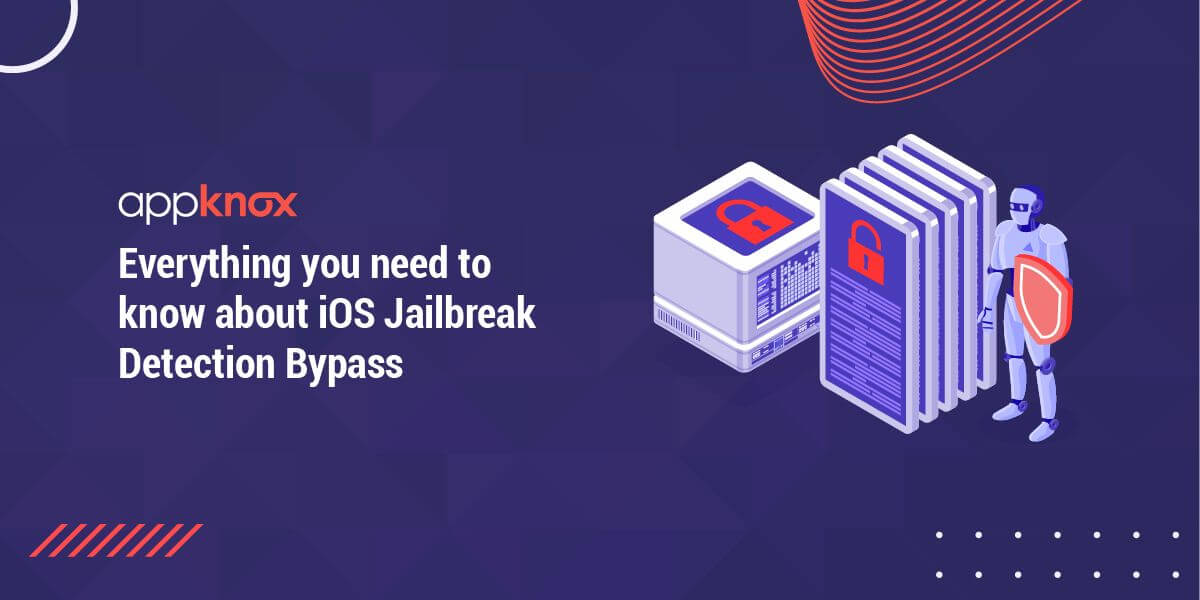 Everything You Need to Know about iOS Jailbreak Detection Bypass

iOS has always been considered a safe haven when it comes to mobile application security. Every year this operating ...