Mobile banking has been trending in the Indian banking ecosystem. Financial institutions have been promoting and heavily publicizing mobile banking over traditional banking. The strategy is simple, when customers install mobile banking app on their phones, they can easily process banking transactions such as checking their account balance, transferring money online, requesting bank statement and checkbooks or activities that would have otherwise been executed at the physical bank branches. Mobile banking security, however, has not been given due attention and has led to breaches of many banks and consumer accounts in the recent past all over the globe.

Mobile banking has helped shed substantial burden on the tireless efforts of traditional banking operations. It also empowers users access to anytime, anywhere convenience banking. Judging by the way convenience has changed the way we now look at banking, mobile banking security isn't really a luxury that banks can any longer afford to ignore. It is the need of the hour and it is a need that must be handled right! Preferably by mobile security specialists rather than a generalist who are like jack of all trades but master of nothing.

However, hackers would generally take advantage of weak passwords and vulnerabilities in public Wi-Fi and try to infect your devices with malware and steal financial information. Quite surprisingly, most of the mobile banking attacks are carried out through social engineering, in which customers are duped into handing up their usernames and passwords to hackers, scammers, and other cybercriminals.

Phone calls, malicious web links, phishing websites, and more advanced (and less common) attacks like phoney banking apps are all examples of social engineering techniques. It's much simpler to fall for a con than you might imagine, but awareness is your best defence.

The majority of the app stores such as Google Appstore and Android Marketplace do not review mobile apps on the basis of security features. This makes it quite easy for notorious con developers to design and launch mobile apps that have a capacity to steal confidential data from user’s device.

It is a rare phenomenon that consumers have installed a mobile antivirus on their phones while speculating a possible hack attack. An average smartphone or tablet user does not install any security software on their device which means that the security available is only a fraction of what is there on a laptop or a desktop. This factor makes smartphones vulnerable to security attacks.

There has been a rise in detected malware for Android platforms by more than 400% over the past 12 months. This is alarming and further raises security concerns for Android app users.

The technology which is in place to keep apps separate on a smartphone or tablet does not separate them into private sandboxes. This implies that one app can easily read confidential details stored in the other apps on the same device. Who knows, your gaming app may be reading your banking app data all the time!

Good Read: Everything You Need to Know About Open Banking Security

The majority of the smartphone and tablet users do not even have the basic passcode activated on their devices. This security flaw can potentially give anyone a direct access to consumer bank account through the mobile banking app.

Have you ever paid attention to what lies behind a free hotspot or Wi-Fi network at an airport or café? You will be amazed to know that such free networks may be baits by potential hackers to intrude into your mobile’s network. The temptation of users to use these free networks exposes them to possible hacks.

There is no clear legislation so far that identifies various rights of users in case of a banking fraud through a mobile app. In case a fraud happens, users may have to go through a long legal battle with their bank's mobile banking security before they get appropriate refunds.

The worst part in many cases of fraud or cyber attacks is that neither the banks nor the consumers are aware of exploitation until it's too late. We've even seen over a billion dollars strategically stolen from 100 banks over the span of two years. So how has mobile banking security evolved over the years to deal with these attacks?

Should you use Mobile Banking Apps?

As bank branches were temporarily closed due to the pandemic, more clients found that they liked the convenience of mobile banking, and data suggests the trend will continue. FIS, a bank technology company, issued a study in mid-May that revealed 31% of banking respondents intend to do more online and mobile banking in the future.

Are banking apps a secure way to conduct banking business? Hackers could use a variety of approaches, including app-based banking Trojans and fraudulent banking apps to abuse new mobile banking consumers, according to the FBI.

If you're hesitant to use a mobile banking app, keep in mind that security dangers can be found anywhere, including the bank lobby. An insider threat exists in the possibility that a bank employee will do something criminal, such as steal your banking information.

With a mobile app, there are potential vulnerabilities linked to the app's security posture - flaws in the code, encryption mechanisms, and so on – as well as potential vulnerabilities related to data transmission. However, the bank invests extensively in both scenarios to 'build in' security. Financial organizations keep track of their employee activities and seek flaws in their apps that can be fixed before thieves exploit them. There are also steps you can take to lower your risk.

What Steps do Banks Take to Protect Their Customers?

The majority of banking applications employ two-factor authentication, which involves verifying the transaction they generate. Every transaction involves sending an SMS to the user, i.e. you, with an OTP (One Time Password) that you must enter and confirm before the transaction can proceed. Your data is encrypted and transported via banking channels with maximum security so that it is safe from all malware attempts.

Checks such as Device authentication and six-digit PIN verification have also been implemented by banks. This prevents scammers from getting your information by duplicating your personal information. Banks also keep a careful eye on phoney Android apps that impersonate authentic ones to ensure that your information isn't misused or stolen.

Tips on How to Make Mobile Banking Safer

Banks are doing what they can to mitigate mobile banking app security, but consumers also need to take precautions to protect themselves. Here are a few tips on how you can make mobile banking safer for you:

1. Use Strong Passwords and Multi-factor Authentication

The safest way to protect your banking app from scammers is to use a strong password (at least six characters long and made up of a random string of lowercase and uppercase letters, digits, and symbols).

Use a PIN key (something more complex and unique than 1111) or a pattern lock with biometric identification if you're worried about forgetting the password. Multi-factor authentication will also help a great deal. Customers who use two-factor authentication must login to their accounts using not only a password or PIN but also a second method of confirming their identity, such as duplicating a code provided to their cell phone through text message.

2. Use Only the Official Banking App

Forged banking apps pose the second most serious security risk in terms of mobile banking. There is a high risk that you could download a bogus banking app forged by cybercriminals to break into your account if you aren't vigilant.

Make sure the app you're installing was created by or is approved by your bank. It's generally available on their website. Furthermore, do not connect to your bank account via a mobile browser; they are often less secure than bank-approved apps.

3. Refrain from Clicking on Malicious Links

You take up your phone, open the email app, and see an announcement from your bank advertising a new service. "You can save up to a thousand dollars per year!" the letter concludes. Follow this link for further information." You click it, get to the landing page, and check-in, but there's a problem, and you're cut off from the website.

You just gave a scammer your username and password. The email you received was not from your bank, but from con artists posing as your bank. Beware of such scams.

Anyone using a public Wi-Fi network is at risk of being hacked. The majority of these networks are insecure, with bad router configurations and weak passwords. Never use public Wi-Fi for mobile banking or any other activity that exposes your sensitive data.

Is using mobile banking apps safe? Yes. Install the official banking app, keep it up to date, use a VPN while using public Wi-Fi, and keep your phone close at hand! You'll be safer online if you know more about security. You may add extra layers of security and learn to spot threats by taking steps like using strong passwords and using a robust VPN.

That does not, however, render you immune to scams, virus attacks, and hackers. The last line of defence is your common sense. A person who does not take their security seriously is more likely to be a victim of a mobile banking breach. Following the mobile banking best practices we outlined can surely go a long way. 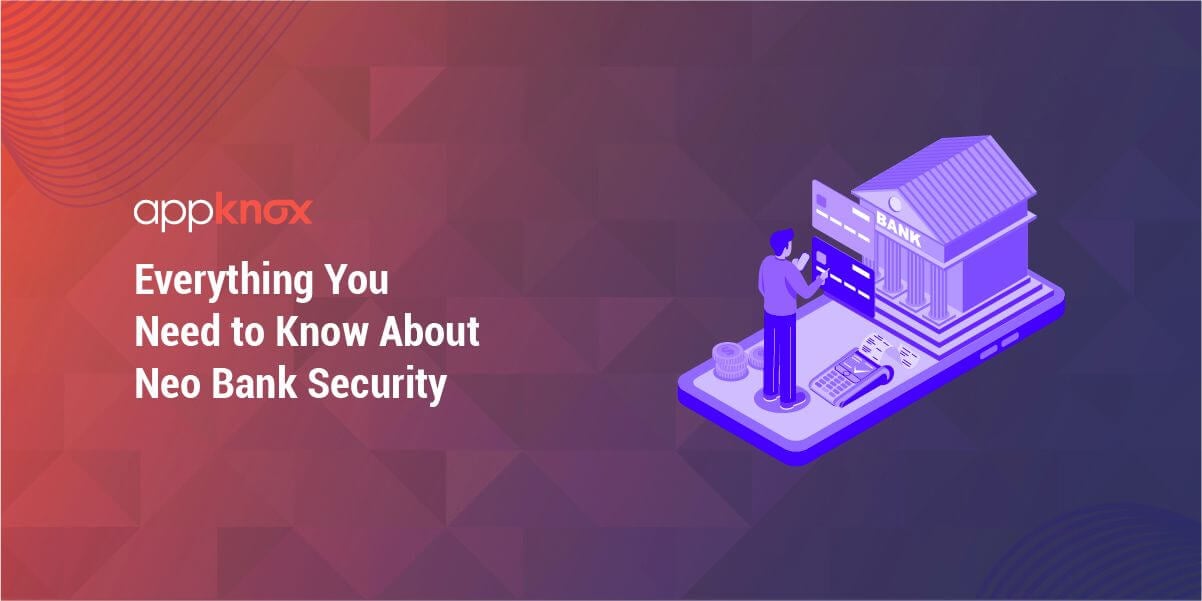 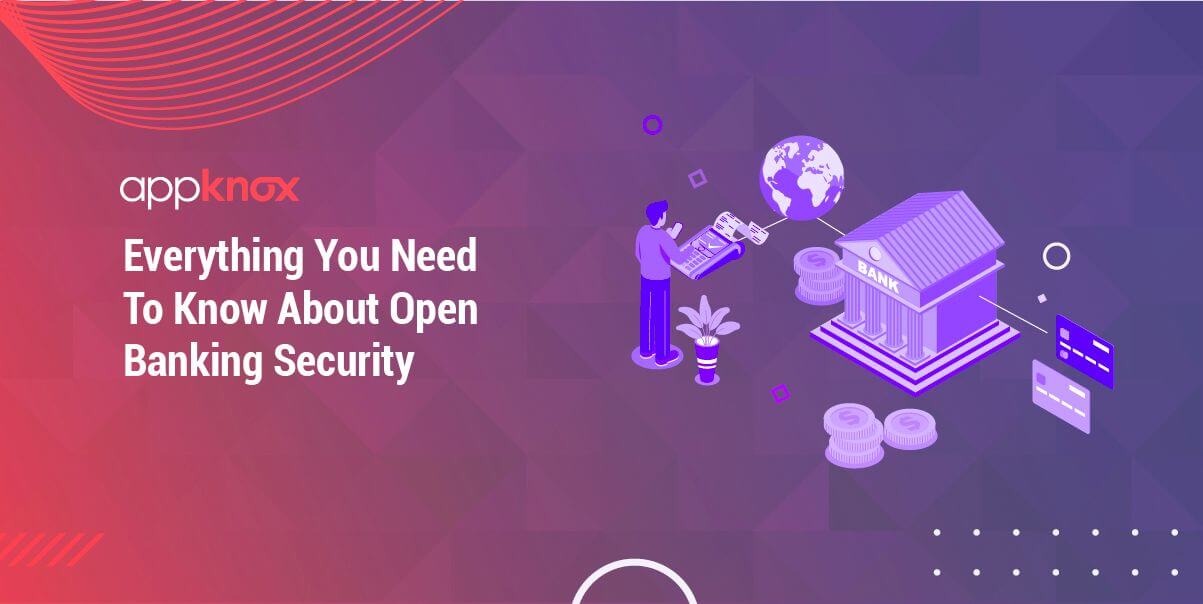 Everything You Need to Know About Open Banking Security

Financial services have developed at a breakneck pace, resulting in fierce competition among financial technologies. ... 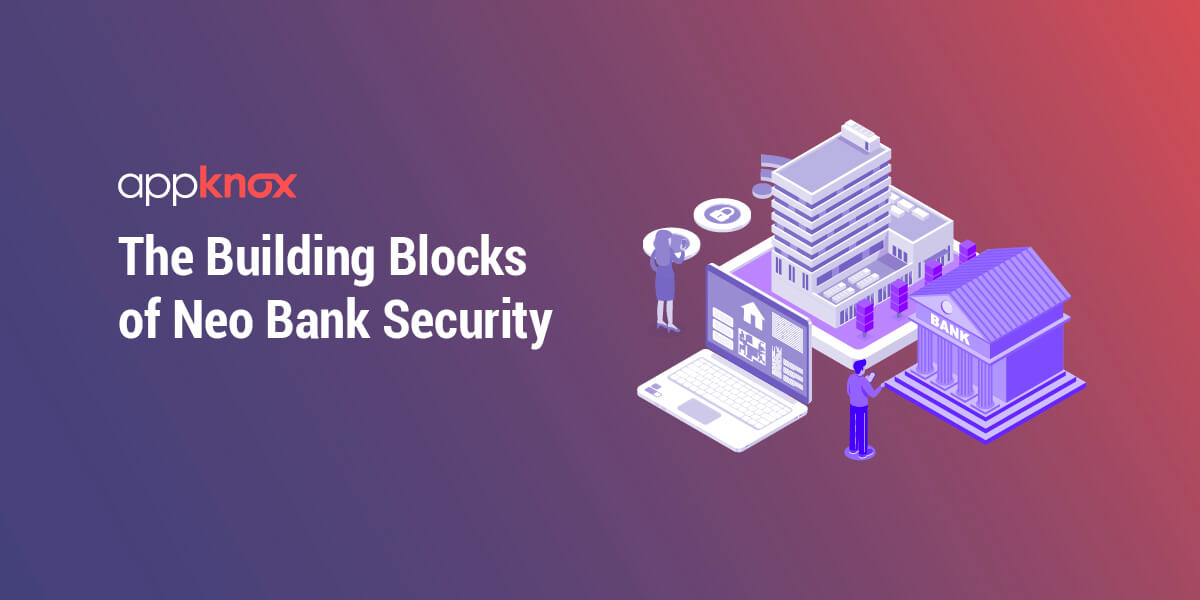 Neo banks are fighting an uphill battle. Not just because they have to convince consumers to choose them over ...