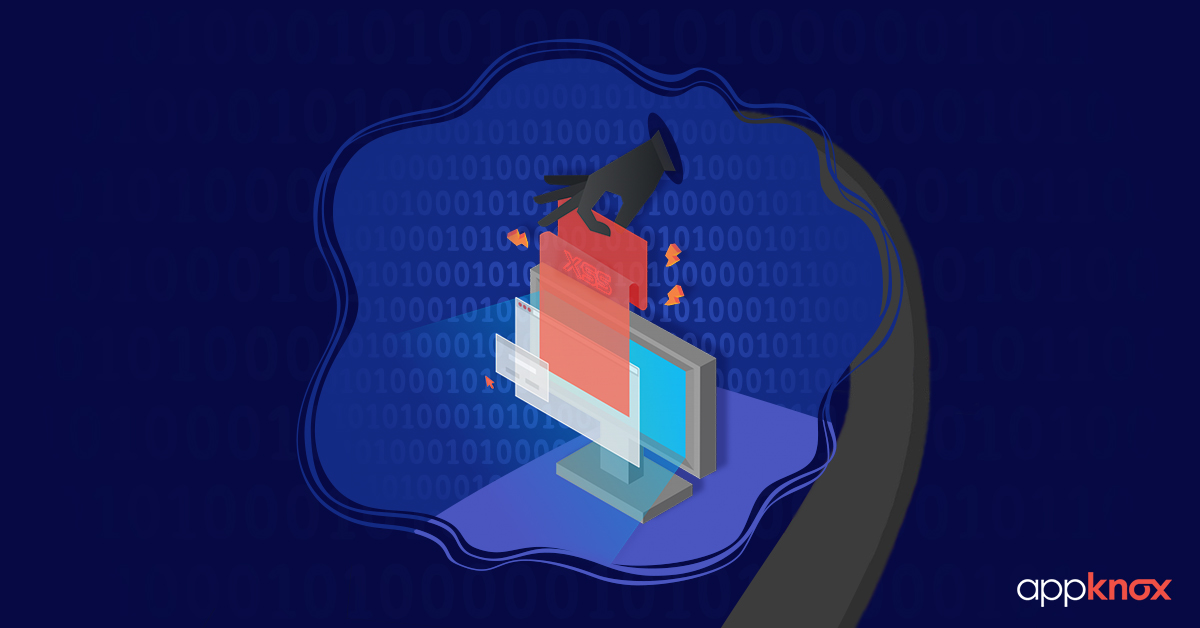 os Ticket vulnerabilities anyone to create a support ticket. And while creating a ticket an attacker can upload the malicious SVG as described above. This is accessible by both customers as well as administrators. Once the admin opens the malicious file, the XSS payload is executed at the admin panel which compromises the integrity. An attacker can inject arbitrary HTML and JavaScript code into the website. This would alter the appearance. And since the application doesn't set cookie flags programmatically, an attacker can compromise the administrative user by stealing the cookies using document. cookie

Below function, attach() accepts the file without validating it, which allows a user to upload an attacker to upload any arbitrary file.

Function download() fetches the file along with the mentioned headers. In the below code snippet, the disposition is passed to the download function and in the case of an SVG inline is passed instead of the default value attachment. 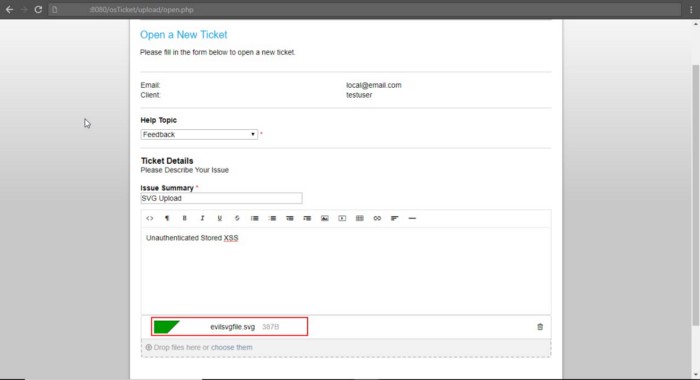 When creating a new ticket a user can upload images. Since no restriction is implemented on filetype an attacker can upload an arbitrary file, here it is an SVG with malicious JavaScript.

As the Content-Disposition for SVG is inline the file is rendered by the browser instead of downloading it.

Additionally, Cookie is not marked HttpOnly as discussed previously. This can allow an attacker to fetch the session cookie of a user. 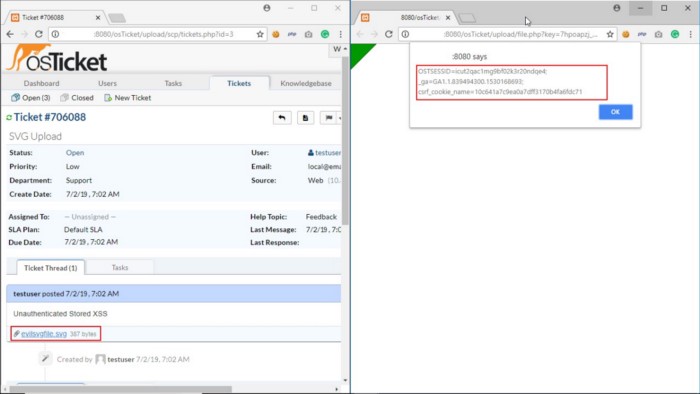 The ticket is accessible by admin and thus after clicking on the file the SVG is rendered on the browser and the admin user’s session is compromised.

Solution: Update to the latest version