Least Cybersecure Countries in the World 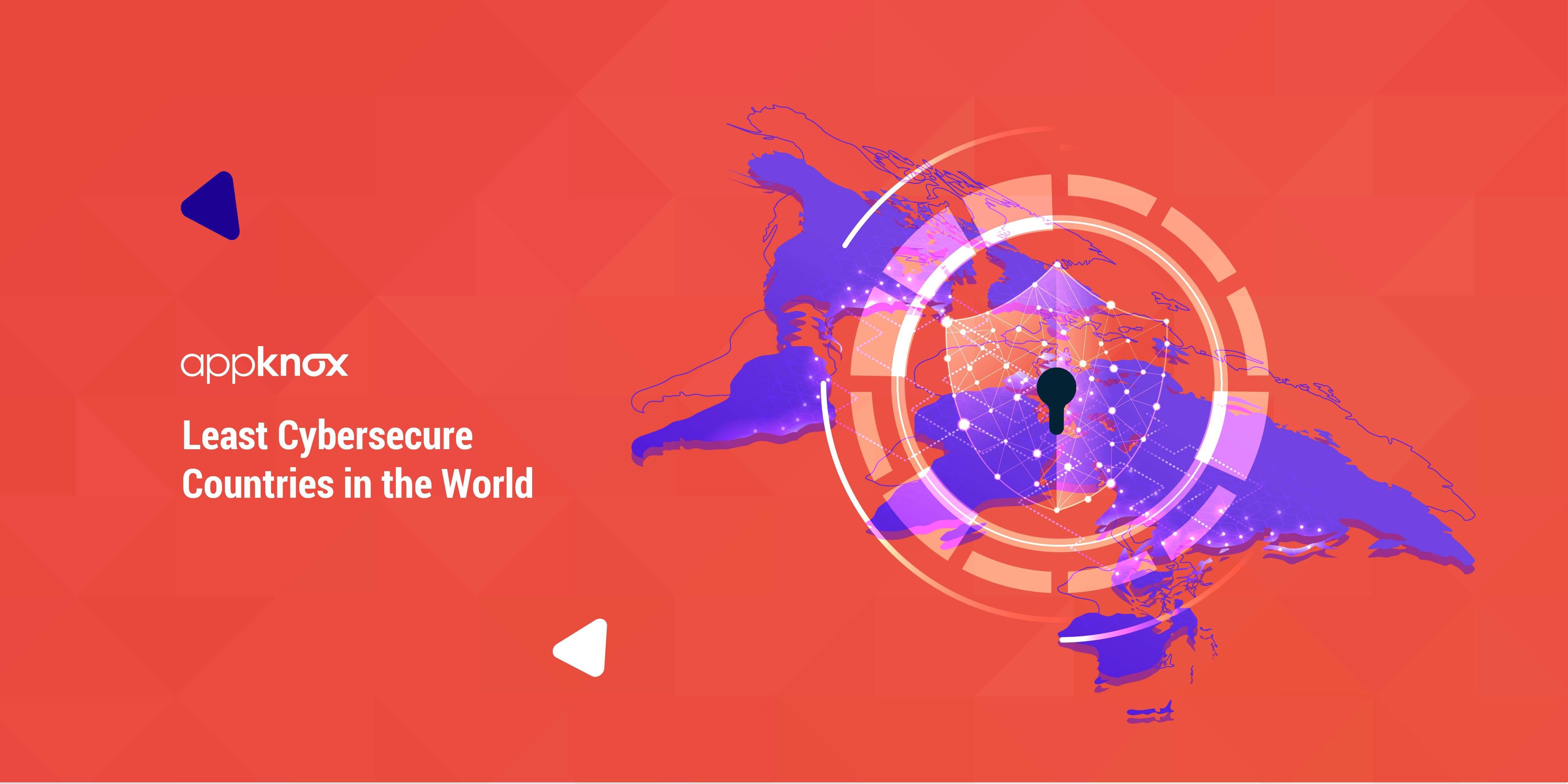 We’d like to think that the digital world is quite secure, given the off chance that you are a victim of fraud. But how safe are you really in the cyber world? And in which country would you be the safest? Knowing reality can change how safe you think the internet is.

We all know how vulnerable our data is in the digital space with the innumerable scams, frauds, phishing schemes, malware and viruses out there, but yet we blindly agree to terms and conditions, grant access to apps and websites, allow them to collect our data, and eventually become victims.

Comparitech carried out a study of 60 countries to rank them from the most secure to the least secure. What they found was that not a single country is “top of the class” when it comes to cybersecurity. Every country could make significant changes to improve their current status.

What was the study based on?

Comparitech only analyzed countries that had sufficient data to cover all categories of scoring. Taken into consideration were seven criteria, each of which carried equal weightage in the overall score.

How were rankings calculated?

The first 5 criteria were based on the percentage of attacks that happened in 2018. The Global Cybersecurity Index (CGI) was used to score countries for preparation against cyber attacks. Legislations were scored based on current legislation in place including drafts. This spanned across seven categories - military, critical infrastructure, national strategy, content, commerce, privacy, and crime. If a country had legislation in one category, they received one point, or half a point if a draft existed.

A country was given a point for each criterion depending on where it ranked between the lowest-ranking and highest-ranking countries. Countries received 100 points if they were the least cyber secure ones, while countries with high cybersecurity received 1 point. Countries that fell in between were scored on a percentage basis depending on their rank.

The overall score was calculated taking the average of a country’s score across all the categories.

The most cybersecure countries in the world

Reports revealed that Japan topped the list as the most cybersecure country scoring quite low amongst a major chunk of the categories. It scored a little higher in the areas of legislation and preparation.

Other countries that showed good cybersecurity included the United States, Denmark, Canada and France. Some countries scored well in a few categories and poorly in others, but the overall average brought their rankings up. These countries include Algeria, Sri Lanka, and Uzbekistan for the lowest telnet attack scores. Ukraine scored the lowest for financial malware attacks. 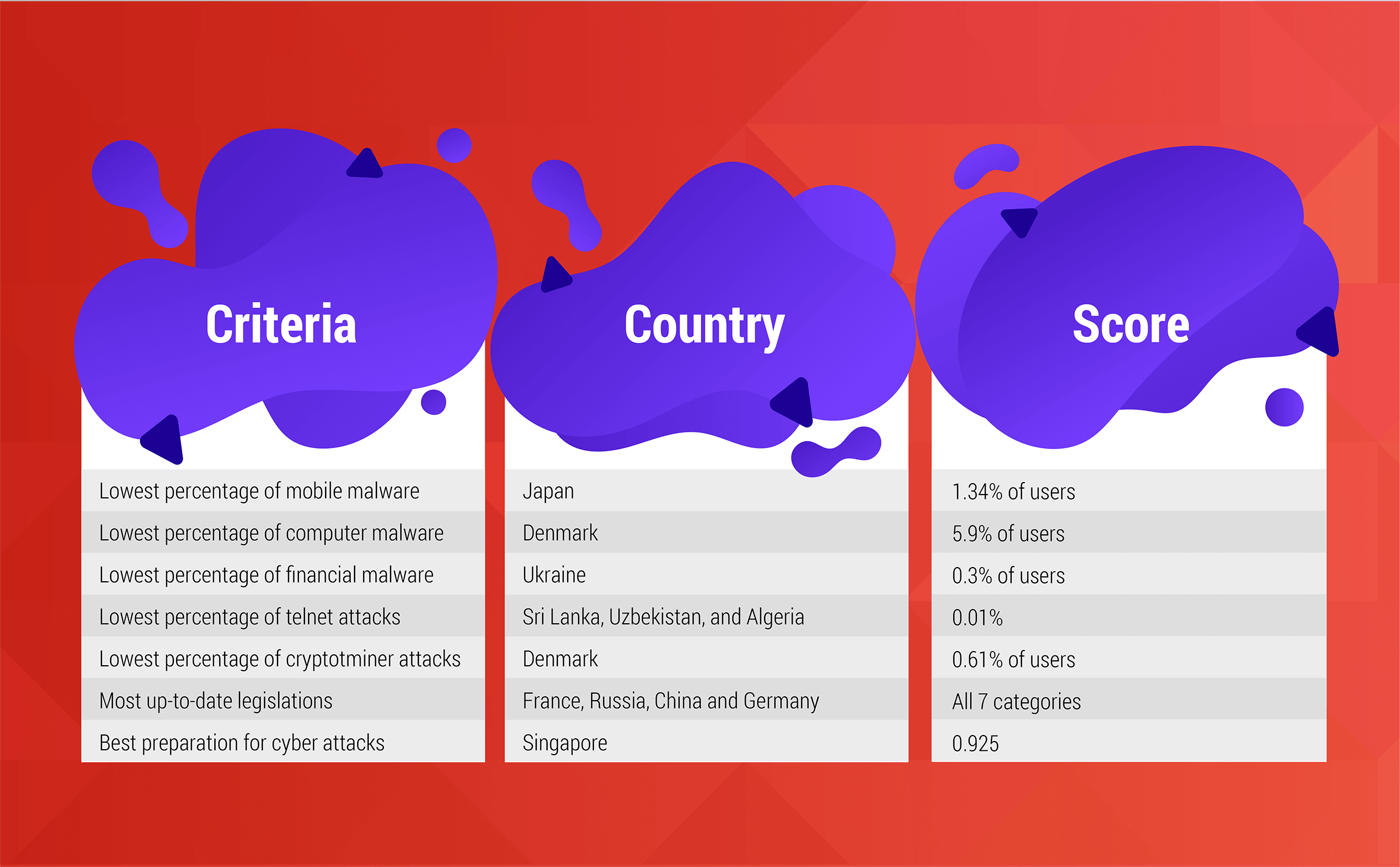 The least cybersecure countries in the world

According to Comparitech’s study, the least cybersecure country is Algeria. Though it ranked well in the least number of Telnet attacks, it had a high number of computer malware infections, mobile malware and did poorly in legislation and preparation.

Other countries that ranked among the least secure included Uzbekistan, Tanzania, Indonesia and Vietnam. 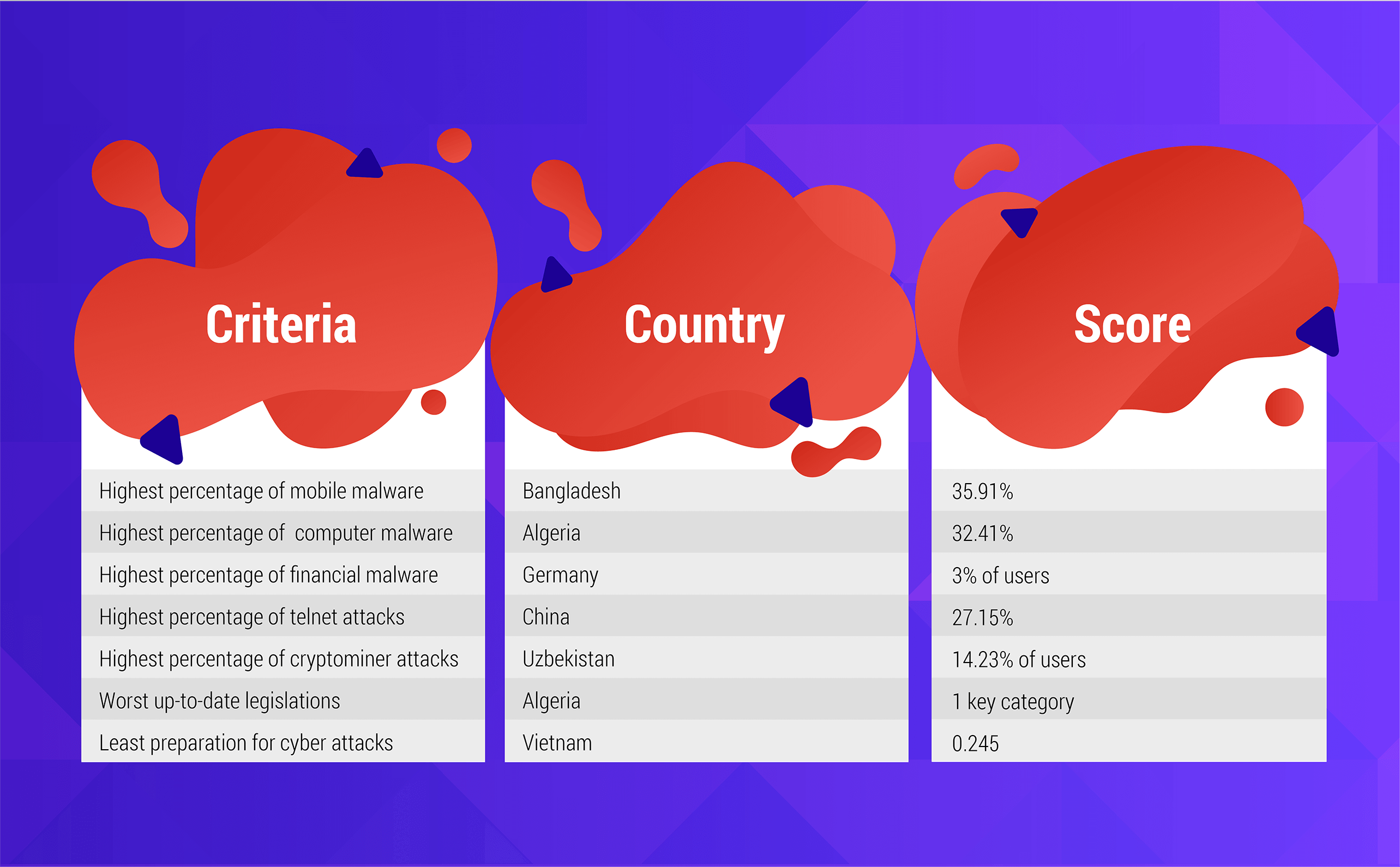 Cybersecurity of countries ranked from highest to lowest 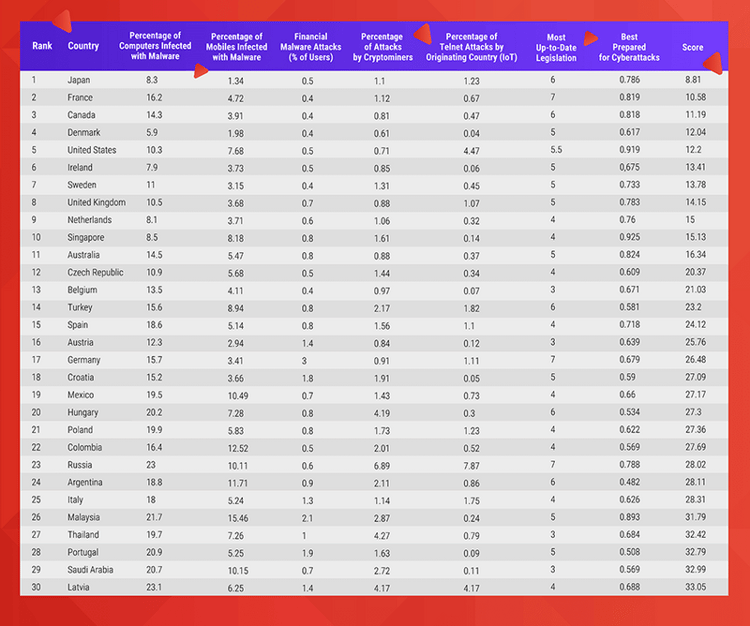 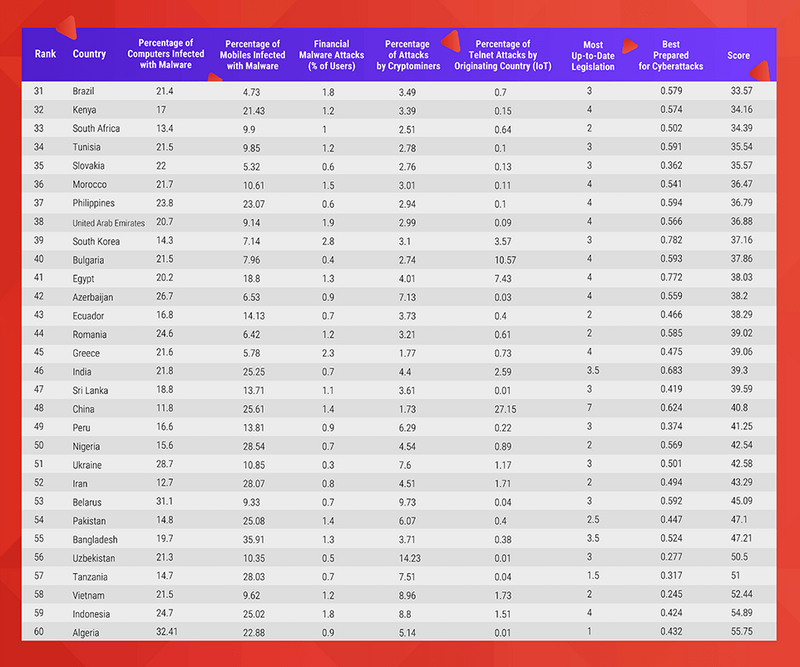 India ranked in the Top 15 worst cybersecure countries indicating that there is a need for significant improvements. Despite some countries ranking well and having clear strengths, there is much room for more improvement. Our world is far long from being absolutely or near-perfectly secure in the cyberspace, be it legislation or protection plans.

One thing that must be taken into consideration is the dynamic nature of the digital space. With every new protection technique, there’s a new hacking technique devised to get through. In order to beat cyber criminals, countries need to be a step ahead of them at all times.

Symantec's annual cybersecurity report 2018 was launched a few days ago which takes a deep dive into one of the largest ...