Free Calls For Everyone, Everywhere With Nanu App 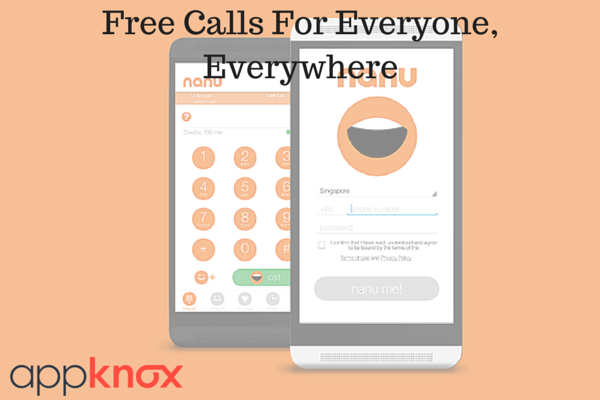 Nanu is a free app that delivers free calls to everyone, everywhere even on 2G. One of the most unique feature which makes Nanu different from the rest is that nanu doesn’t need a fast network.

How to Call With Nanu?

Nanu has developed an innovative and fun way for users to make unmetered free calls to non-nanu landline and mobile phones in 48 countries worldwide by earning free minutes when downloading 3rd party apps on Android phones.

Users can even share nanu in-app with their contacts for 20 non-nanu minutes per successful referral registration.

Since its launch in August 2014, nanu’s growth has been exponential and nanu now boasts users in over 200 countries with particular concentration in the large emerging markets such as India, SE Asia, Middle East and South America where a low bandwidth environment such as 2G is forecast to remain prevalent.

Download this awesome app now and let's all speak freely!