Today from the Internet of Things, we bring you a product that is a giant leap for wearable technology. Boogio is a technology for your feet. It delivers precision data that moves wearables way beyond simple fitness trackers. It comprises of tiny computers and sensory stickers installed to make any shoe - a smart shoe.

REFLX Labs, Inc. is a Seattle-based technology firm dedicated to the development and distribution of wearable sensors for a variety of entertainment, health, wellness, and diagnostic applications. The company's flagship product, Boogio, is a foot-based, multi-sensor pair of technology devices and open wearable platform.

Boogio is a set of sensory stickers and tiny computers that activates any shoe to play in mobile and virtual reality games, track movement from the ground up to improve physical performance and health, and take hands-free control of technology.

It's basically a bionic foot sensor to capture body movement from the ground. Boogio is two devices that are placed in each of the user's shoes. These devices detect the force being placed on a user's foot, and send that information out to a mobile device. For the transmission of data, a Bluetooth module is attached to the side of the shoe. The team at REFLX Labs are experimenting with mobile games, virtual reality, fitness and training. They are also opening up the platform for developers to program new possibilities.

Become a Developer For Boogio

How awesome will it be if you get a chance to share your innovative ideas with Boogio and be a part of their Alpha program! If you are a company or organization that is interested in testing their technology, you can contact them here.

REFLX Labs is partnering up with Florida Hospital to develop new rehab solutions for pediatric patients using the Boogio foot sensors. This enables the two teams to work together to make applications for Boogio sensors which slip into a user’s shoe. These will then transmit data about how someone is walking for logging and evaluation.

The use of these sensors is being investigated by The Sports Medicine and Rehabilitation group at Florida Hospital, to be used as a training device for kids who work on the toes or balls of their feet.

The video below provides a brief introduction to Boogio. 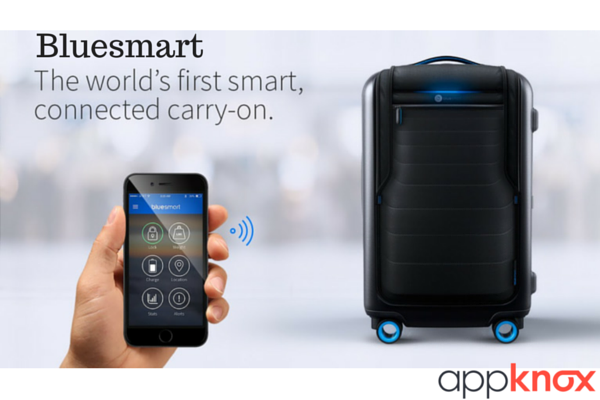 Today from the Internet of Things, we bring you the world's first smart and connected luggage. It's making waves for ...

Make Your Bed Smart With Luna

Internet of things (IoT) is the network of things that are embedded with electronics, software, sensors and ...

Security is something we need to take care of every single day. With the increase in data and the number of devices, ...