Native Mobile Apps - Are They Really Better Than Web Apps? 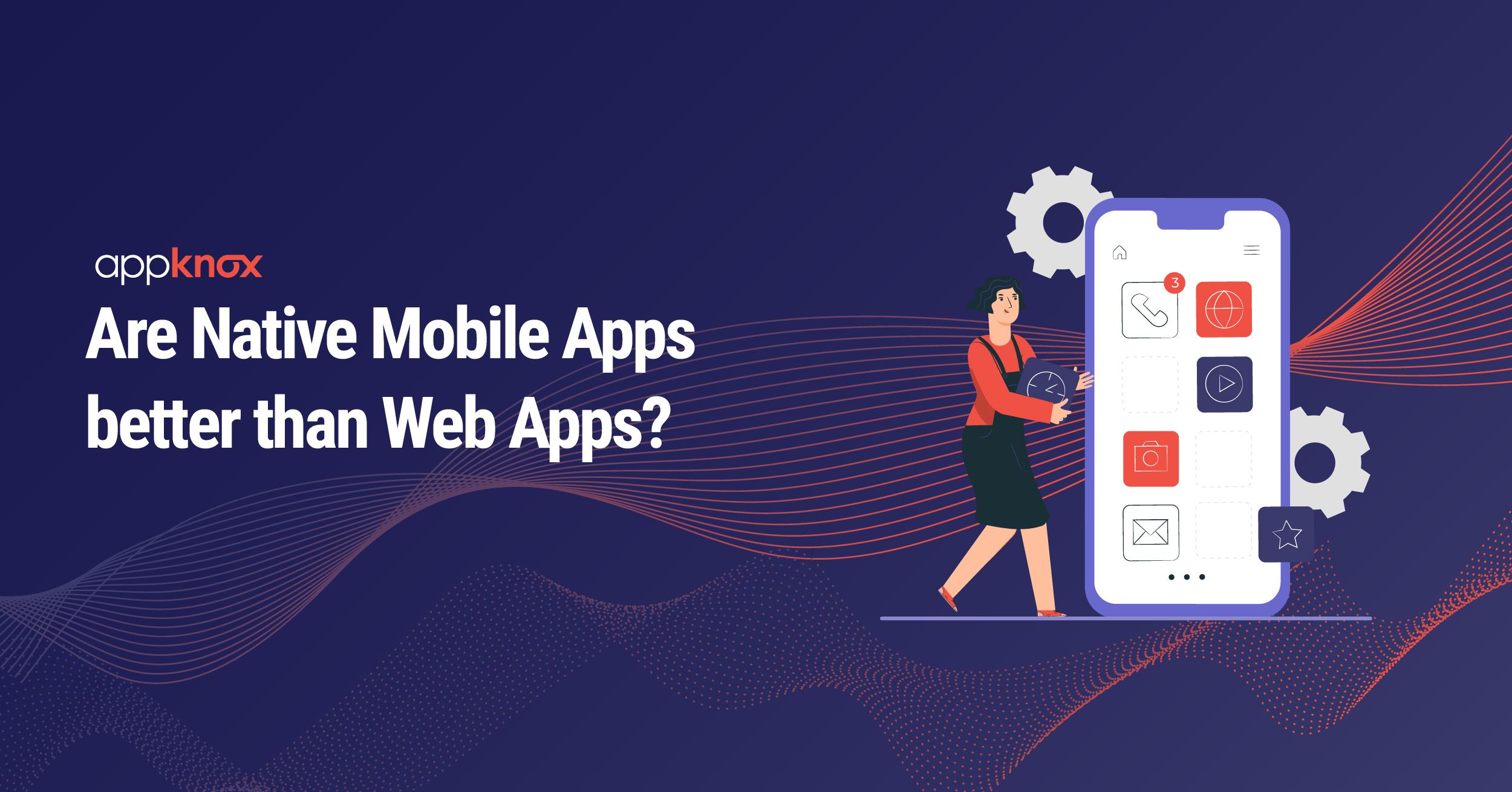 Mobile applications involve a lot of things starting right from a basic idea for the app to detailed planning, app design, app development, the testing procedures and then the final deployment of the app to devices for which it has been developed. All of this has to be decided much before you actually start working on your app idea. The two major options that come into the picture when you decide to create and deploy your app are – either you can go for developing a native mobile app or a web app.

Now the question that arises is – what is the basic point of difference between native mobile apps and web apps. Also, it is essential to know which of these two alternatives would be better for you as an app developer depending on your skills, audience, and nature of work.

A native mobile app is basically an application that has been specifically been designed for one particular mobile device. This app gets directly installed onto that device itself. The users of native mobile apps have to download the apps from the various app stores available online or the app marketplace including the Apple App Store and the Google Play Store.

One such app is the Camera+ app that has been developed for Apple’s iOS devices.

A web app is the name for internet enabled applications. The users can access all web apps using the web browser on their mobile devices. You do not need to download these web apps on to your mobile devices in order to be able to use them.

The Safari browser is one good example of a web app.

For both the type of apps, the development process is different. The native mobile apps have to be developed using the unique development process that that mobile platform asks for. However, in the case of web apps that run on the web browser of mobile devices it gets difficult because each of the mobile devices come with their own unique features.

While a native app is completely compatible with the hardware and features of its device, web apps can utilize only a limited amount of a device’s native features.

A native mobile app has to be updated by the user by downloading the latest updated version. But a web app updates itself without the need for user intervention (but you have to access it through the device’s web browser).

Due to these and many more points of difference like app monetization and efficiency, many developers feel that native apps are better than the web apps.

Native Apps and Web Apps: The Pros and Cons

As we now understand the basic differences between native and web apps better, we can discuss their pros and cons as well.

Native apps, as the name suggests, are purposely made for specific platforms and devices like iOS, Android, or an iPhone or similar device. They can be downloaded via the phone's app store and have access to the in-built resources of the system like camera and GPS. Such apps reside and run solely on the native device. Examples of native apps include Twitter, Google Maps, Facebook, etc.

Web apps can be accessed from any device via an internet browser and they are not native to any particular system. They also don't require to be downloaded locally and simply adapt to any device whatsoever. However, their responsive nature somewhat makes them look similar to native apps and that is why people generally get confused between both.

You will understand this more clearly with the help of the example of Whatsapp. If you have Whatsapp installed on your device and at the same time you try to access it over the browser via the Whatsapp web version, you won't notice that much of a difference. Both the native and the web versions of the apps are designed in a way so that the user doesn't feel different while using any one of them. Despite having similar designs and color formats, the two products are entirely different.

While native apps can run offline also, web apps always need an active internet connection. Mobile apps are generally faster and more responsive as compared to web apps. However, you constantly need to update the native apps, that is not the case with web apps.