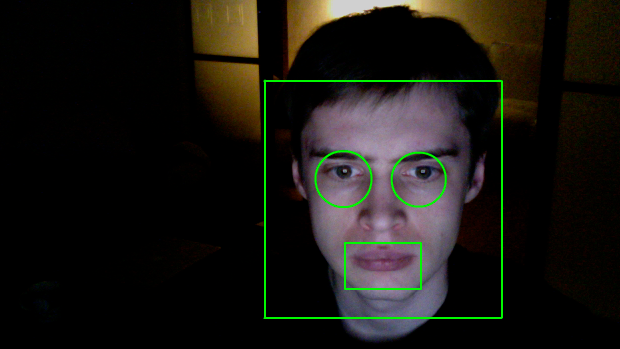 Security is an on and off process. Honestly, nothing in this world is fully secured, leave alone our personal data and bank/credit card information. It isn’t that developers and companies aren’t aware of the situation and future consequences. It is just that they haven’t been able to come to an effective and substantial solution for the same. Let’s look at some of the most creative ways applied by developers and companies to safeguard their app users.

Face detection concept came through the popular idea of selfie! Thus, a company thought that if people are so crazy about selfies, why not make face detection/snaps/self-portrait as an authentication process. This thought did make the users a little uncomfortable, but anything to make their favourite app a better product!

Similar to face detection/selfie, this form of authentication is also unique, wherein the blood vessel's unique pattern in the user’s eye will be used as EyePrint ID. This will be of use for users who have a camera device of 1MP.

And here comes another unusual, yet “could-work-better” way to safeguard and put a security on the apps! Walking a little ahead on the lines of TouchID, users tried even toes, nipples and animal paws for authentication. There's clearly a lot of different ways for keeping ones device and data secured.

A very interesting thing alongside the payment using Apple Watch doesn’t allow any transaction to take place once it’s away from the wrist. It gets locked automatically if it isn’t worn! That’s indeed a secured way to pull off the existing brand image in a better manner.

Finally there is some importance to “smile” in the tech world! This is on similar lines to selfie, wherein, the user’s earlier portrait will be saved and will be used to recheck the next time, and the portrait should be a smiling face!

Blockchains are perfectly suitable for creating a nearly impenetrable network for cyber attackers and can be considered some of the best technologies available in safeguarding mobile data from further compromise. The amalgamation of blockchain with artificial intelligence can go a long way in establishing an authentic and robust verification system in order to keep potential cyber threats at bay.

It has become extremely redundant to think of the fact that using a PIN and password can secure your mobile device from malicious attacks in the future. This is probably a strong reason for the emergence of embedded hardware authenticators which are being considered a secure platform for verifying a user’s identity.

Intel, an American technology company, has recently introduced sixth-generation vPro chips which have brought about a major breakthrough in this domain. Embedded into the device itself, these powerful user authentication chips have helped in revolutionizing authentication security to a great extent which processes themselves at multiple levels while working in tandem on better methods of authentication.

Virtual Dispersive Networking is basically a patented software with multi-path networking and military-grade overlay solution. These networks are best known for sending application data over multiple independent mediums while rolling away from congested pathways at a faster rate.

The path selection in VDN changes continuously and encryption is varied multiple times, which makes it impossible for hackers to track the routes for reassembling any type of communication. Continuously monitoring the health and performance of every channel, these networks make sure that any type of link failure is avoided so that traffic can roll smoothly.

With the advent of technologies like NFC, the critical infrastructure of mobile applications was left vulnerable to cyber attacks. The smart grid technology helps in tackling the problems arising from the same using multiple security systems and standards. Some of these measures include Padlock and Watchdog.

The Padlock is basically a gateway for establishing important communication channels between the central systems and field services while the Watchdog helps in performing deep packet inspection of the control system and its LAN apart from other measures like SIEGate and NetAPT.

There are quite a lot of logic and technology attached to each of these security measures. The only concern is if at all these experiments would keep the hackers away from apps!

Not too long ago, when software was developed, it would take months to integrate. Even though all the work was done, ...

How to Maintain Mobile App Security While Coding in 2020?